Just like the worst List, if I didn't Review it here, it doesn't make the List.  No offense to all the good Films that I just didn't see and/or talk about.

Honorable Mentions: Blade Runner 2049 and 3 Billboards Outside of Ebbing, Missouri were really good Films.  If I Reviewed them, they'd rank pretty high.

The Guardians was not good in most regards, but is so blatantly just 'The Russian Avengers' that I love it.

10. Kong- Skull Island: Considering how disappointing the 2014 Godzilla Film was for me, this one is just so much better by default.  While by no means perfect, this makes for a great Creature Feature and, most notably, a legitimate start to a Cinematic Universe.  It stands on its own and sets up other things.  Why is that so hard to do?

9. Dave Made A Maze: A quirky Film that gets 1,000 points for Style and Creativity.  Does it make much sense?  No.  It is just the right kind of quirky for me. 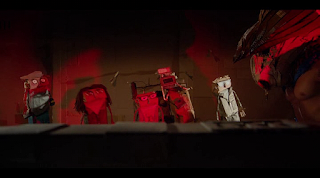 8. Raw: It is certainly not for everyone.  In this case, it is a deep, dark and divisive Film that is for all you meat-lovers out there.  While it is a slow burn, the final product is delicious.  Food references over.

7. Batman vs. Two-Face: The best Animated Batman Film of 2017 is also the least celebrated.  Adam West's final Film (AFAIK) is a good one, giving him a new Villain to match up against.  It has the look and fun of the original Series while also giving you a deeper Plot than you'd expect. 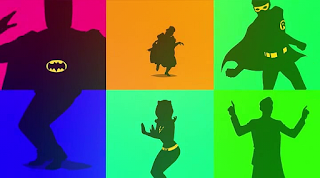 6. Wonder Woman: Sisters are propping up the DCCU by themselves!  This one is just a good Film.  How did this come from the same Studio as a bleak Batman v Superman, a badly-edited Suicide Squad and a tonally-confused Justice League?  It's just good.

5. Thor- Ragnarok: I've been going back and forth on which spot this Film belongs in.  The Film is quite fun and has some depth to it.  Overall though, it is just not quite as deep as the other two and soars based on the fact that Thor is finally fun in a solo Film.  My enjoyment of this will probably grow on repeated viewings.

4. Spider-Man- Homecoming: Thank Heaven that Marvel got their hands on the license!  This one gives us a fun, but also balanced Spider-Man, a surprisingly-deep Vulture and even fun with Happy Hogan.  For being a quality Film that delivers in ways that you didn't expect, it rises up the chart.

3. Guardians of the Galaxy- Vol. 2: While many complain about it being 'more of the same,' I got a lot of fun and depth out of this one. This one built off of the last one and actually gave everyone more depth. It is the second-best Comic Book Film for me to get a genuine emotional reaction (you know the scene). Where do we go from here?

2. Get Out: A brief respite from Comic Book Films. It was a tough fight for #1 and this narrowly is #2. On most people's lists, this wouldn't be a contest. I really liked this one and it is certainly no insult to place it at this spot. As a great standalone Film, it is a winner. I just have to go with my gut on this one...

1. Logan: The best and most gut-wrenching Comic Book Film of the Year. While I could care less about most of Hugh Jackman's output (like him playing a famous abuser of Animals right now), he was a great Wolverine. In this non-canonical Film, he has a big ending. If he doesn't come back to the role for Marvel, this is a great send-off. If he does take the big pay-day, this one will still be remembered fondly. 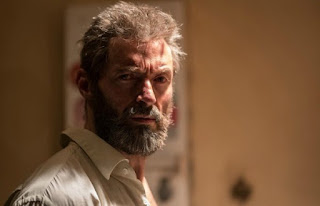