I'm still supposed to hate Remakes right?  Today's film is Maniac, which shows that Remakes can actually be good and do their own thing.  As a side note, remember that 1939's Wizard of Oz, 1956's The Ten Commandments and 1960's Spartacus are all Remakes.  The films were made to take advantage of new technology- e.c. Technicolor, Sound recording- and one was even made by the same guy who made the original.  Is the Nic Cage version of Bangkok Dangerous (by the same Director) good?  No, but it is fitting with history.  Now where was I?  Oh right- Maniac.  1980's Maniac is a masterwork film in the vein of Peeping Tom and Psycho.  What makes the film really stand out is how dark, violent and jarring the whole thing is (especially for its day).  Right when Slasher Films were starting to make it big, this one came out to shock and offend.  It certainly did that, famously-offending the late Roger Ebert.  That's part of the appeal of the film- it just goes for it.  The question is this: in a time with gorier and gorier films, can it still shock?  That's the challenge undertaken by the makers of the 2012 version, which we in America are just getting now.  The original's Director is now a Producer- possibly in name only, but I can't confirm/deny it- and the man who made P2 is the Director.  Since Joe Spinell is long gone (and missed), we have a brand new lead: Elijah Wood.  Is he up to the task?  To find out, read on... 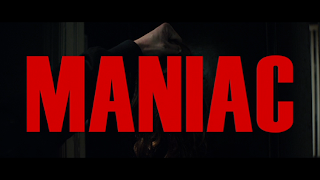 I won't SPOIL too much here, as the film does take some derivations from the original.  As such, there are some unique things still.

For example, the film is shot almost entirely from Frank's P.O.V., even making creative use of mirrors and other reflective surfaces. 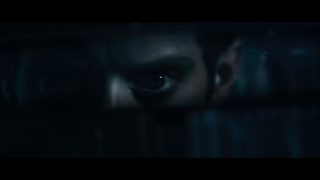 Frank is a killer, but he doesn't really want to be.  Unfortunately for everyone else, his body is not exactly compliant with his wishes.

Just to note: if you don't want to kill strangers, maybe don't go out on dates with them. 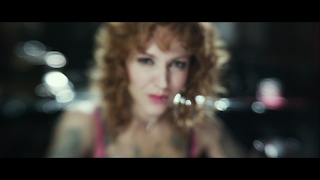 Frank Zito has all sorts of problems.  He's a rough, rough character- that's just when he's NOT killing him. 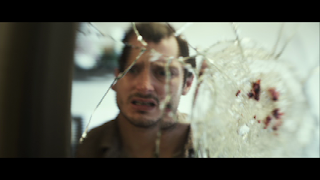 His life changes when a mysterious woman starts taking photos of his mannequins.  That's one change they made- he makes mannequins, as opposed to being a photographer-, but it doesn't really change things in any major way.

As a side note, it would have been nice to get Caroline Munro in for a Cameo or something.  C'est la vie! 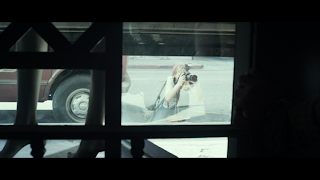 I was hoping for a retread of the 'Subway Chase' kill which provided me with a Deep Blue Sea Moment.  Sadly, it is not the same.  How dare you not pander to my exact wishes, movie?!? 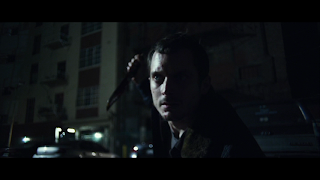 In a truly-inspired moment, Frank and the Photographer go on a date to see...'The Cabinet of Dr. Caligari?'  Why can't I meet (and not try to kill) a woman like this?  Chicks like seeing Goblin in Concert, right?

Anyhow, Frank's delusions take on a freaky demeanor.  If you like stuff like this, the scene is just great. 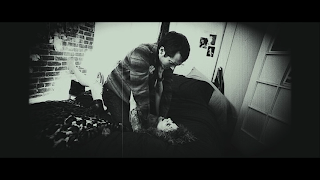 Frank has plenty of company in his Apartment, at least.  Aside from the freaky hallucinations, the smell and the flies, they seem like nice company. 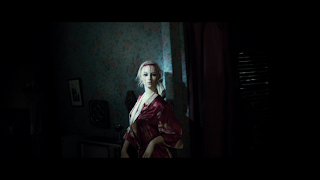 Who will live and who will die?  Will Frank find true love?  Will this random guy they introduce right before the Climax have a happy ending? 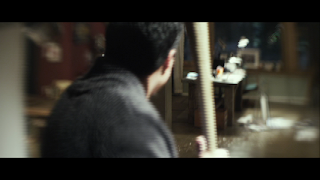 I wouldn't DARE SPOIL the ending in any major way.  I will say that they didn't make it *exactly* like the original, but kept a certain amount of its spirits.  It's how you update a film without changing too late/losing too much.  The End. 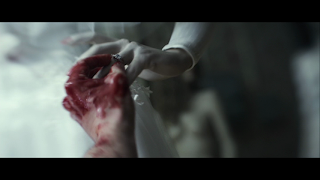 You'd have to be crazy not to like it.  First- let's get the obvious stuff out of the way.  I wish that the film was a completely unique story.  I'm still not fond of Remakes for Remake's Sake.  That said, the film works on its own while referencing some of the best moments from William Lustig's film.  They emulate the poster- Frank holding a woman's head- and other parts like that.  There's a funny bit where the date describes what she thought that Frank would look like.  Her description: that of original star Joe Spinell.  I'm sure he appreciates that, wherever he is.  There are some scenes that didn't make the cut, for better or for worse.  One of the film's most famous moments has been excised.  To be fair, the scene in the film is more of an aside than an important one, so it could be cut without losing much.  I didn't see Tom Savini's name in the Credits anywhere, but they got someone good to fill in: Greg Nicotero.  Fans of The Walking Dead should know that name quite well and he makes the gore look quite gross.  If anything, it is *too* realistic and it makes some of the gore look odd in comparison to what we usually expect.  The real star here is Elijah Wood, who balances Frank's human side and killer side.  He feels like a truly deep and fleshed out character here.  You want him to succeed in being better, while also fearing the evil he will do.  Wood played a psycho killer in Sin City, but that guy was intentionally-unemotional.  His Frank Zito is quite the opposite, making the performance feel fresh still.  If you *only* know Wood from The Lord of the Rings, be prepared for a surprise.  If you can handle the rough subject matter and gore, I highly recommend this film.  Since I ended the last review this way, it only seems fair... 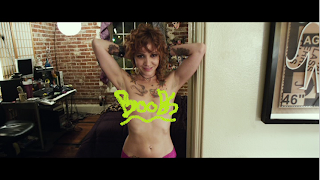 Next up, a Korean film that truly embodies the 'Mondo Bizarro film.'  In other words, it's weird, confusing and disappointing in many ways.  Stay tuned...
Posted by Alec Pridgen at 11:58 PM