This is, unfortunately, the Bronze Medal Winner of 1981 Werewolf films.  Today's film is Wolfen, a film that is wrongly-placed in the shadows of two great films.  Those films- The Howling and An American Werewolf in London.  How can you possibly win?!?  If viewed on its own, Wolfen is a neat experiment in film-making history.  It's got a really interesting caliber related to it as well.  It stars Albert Finney, a very underrated Actor who often gets overlooked in favor of Brian Cox (they were both in the Bourne films, incidentally).  It's Director is Michael Wadleigh, a Director who never overstayed his welcome.  His Filmography includes this film, the classic Documentary Woodstock and...that's it.  Two films.  Seriously, that's it.  On the Writing side, we have Whitley Strieber (who wrote the book on which the film is based), Wadleigh, David Eyre and Eric Roth (who's Un-Credited, mind you).  Eyre has no other notable Credits, while Roth has worked on a number of films that include The Good Shepherd, Ali and Forrest Gump.   That sure is alot of build-up, huh?  So what is the movie about?  It's about killer creatures in New York that may or may not be wolves.  Okay, they are obviously wolves, but there is a lot more going on here.  To find out what, read on... 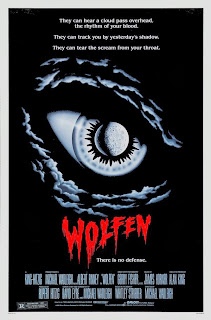 The film begins with shots of empty tenement buildings in New York being destroyed.  It bothers some creatures that see in Predator-vision.  Oh right- this one came six years earlier.

Anyhow, the creatures targets this rich guy, his girlfriend and, you guessed it, the black guy.  He is the first to die, but he won't be the last.  Keep an eye out, folks. 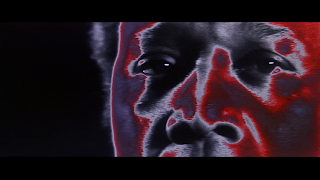 Two Detectives- Finney and Gregory Hines- investigate the crime.  It turns out that the rich guy is the son of some *super-rich* guy who's big on land deals.  The suspect, it seems, is not human. 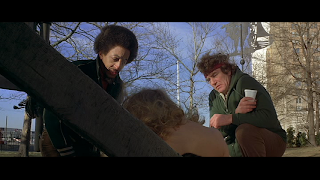 Apparently the Police use some sort of weird body-imaging scanner thing to tell if you're lying or not.  Now you see where the TSA got it from!

Oh and it's foreshadowing for stuff with the creatures or whatever.  My joke is better. 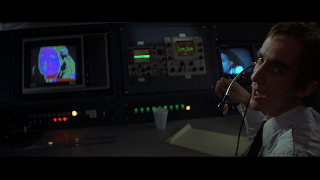 Hey look- the bald guy from Back to the Future and Masters of the Universe!

Yeah, he has an actual name- James Tolkan.  Again- my joke is better. 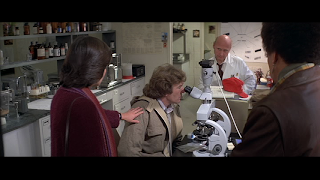 Tom Noonan is the film's resident Wolf Expert and he manages to deliver an Orca-style speech about how awesome Wolves are.  This one is better and alot more accurate!

Naturally, he is later killed by the Wolves.  He should have seen that coming. 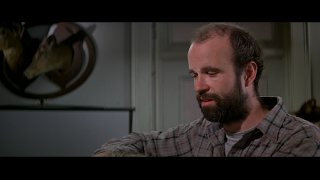 The key suspect is the lead Indian working on the Brooklyn Bridge- played by Edward James Olmos- who likes to 'channel animal spirits' and run around naked.

Naturally, Chief Red Herring is not the bad guy.  Shocking, I know. 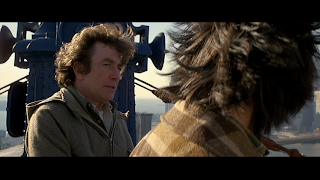 A couple of attempts to catch the creatures fails, leading a shaken Finney to consult with the Indians.  They give him some hints as to what motivates the creatures and what to do.

For once, a logical use of the Magical Indian Trope! 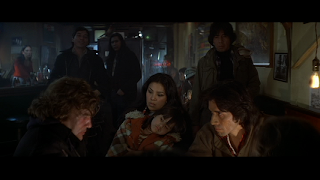 The film builds up to a major climax on the streets of NYC involving the magical Wolves (it makes more sense when they explain it), our heroes and the Police Chief.  The latter falls victim to the creatures' patented 'Jumping Hand Removal' attack and dies.

Our heroes get cornered and things look bleak. 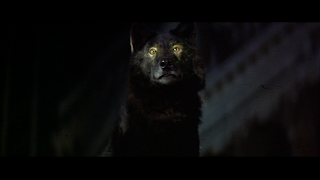 Finney finally realizes that the attacks were prompted by the construction work intruding upon the creatures' hunting grounds, so he smashes the model for the new buildings.  Magic Wolves understand Symbolism it seems and they leave.

Throw in some good (but pretentious) narration and we're out.  The End. 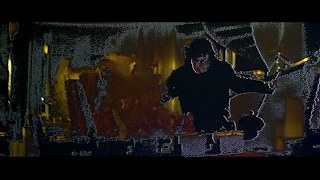 Honestly, it's good, if a bit dense.  Wolfen is not going to be everyone's idea of a good Horror Film.  I can make peace with that fact.  If you can get into the story, it's pretty damn good though.  It's got a very unique visual style to it, which makes me kind of sad that Wadleigh didn't work more- especially in films like this.  It is very 'arty' and I won't make any excuses for that.  The Story plays out well and they put in enough P.O.V. mayhem to keep you entertained.  I won't lie and say that the film is on the same visceral level as The Howling or An American Werewolf in London.  Both of those films feature some amazing transformation sequences, especially when you consider that the former did it with very little money.  The film is definitely more about the Characters and the atmosphere.  For example, Tom Noonan is killed off-camera.  He's attacked on-camera and then the scene ends.  We don't see his body, but we do see a guy (badly) riding his bike, so we know that he's dead for sure.  You'd rather see him torn apart, right?  I'm with you, but it works for this film.  As a whole, it's a very under-appreciated take on the Werewolf film.  It's got a lot of good people involved and deserves better than to be 'that Werewolf film that's not as good as The Howling or American Werewolf.'  Now, let's make this nice and awkward... 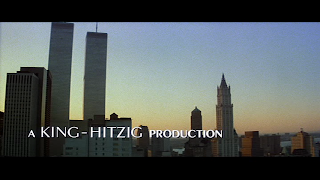 Next up, an Indy film that I pretty much rented to see one guy in it.  Will Christian be enough reason to watch this weird mess?  Stay tuned...
Posted by Alec Pridgen at 11:58 PM