Another week and another Batman Animated Film.  Hallelujah.  This won't happen again (sadly), so let's see what the Adult Version looks like... 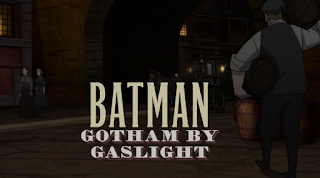 In this Elseworlds Tale, Jack the Ripper has shown up in Gotham and he's killing again.

Having read the Comic today, it's interesting to see the big and little changes.  For example, Bruce Wayne and the Ripper both show up in Gotham at the same time there, but not here. 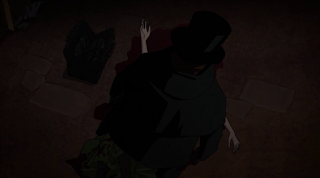 Batman is here to help the poor and stop the evil.  Big points for his steampunk gear too. 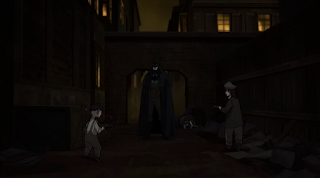 As Bruce, he tries to save the City with his money.  He also plays up his Playboy persona to great effect.

Enjoy this one Scene in the daytime too. 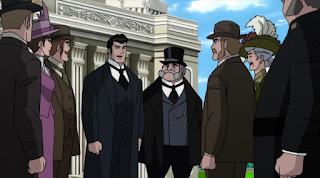 Batman works the case with Gordon, who doesn't want him in Jail, but also doesn't trust him much.

In the Comic, he's drawn to look like Theodore Roosevelt.  Just like in Dylan Dog, I'm sad that they changed it. 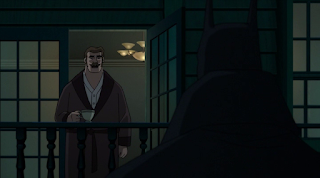 The Ripper proves to be a much more potent threat than Batman expected. 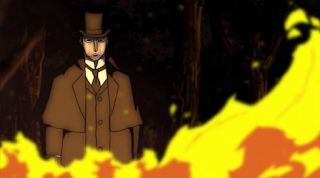 Can Batman stop the killer?  Can he save his City?  Can he look any more bad-ass with those steampunk goggles?

To find out, see the Film (as you should). 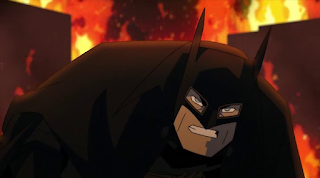 Another enjoyable Batman Film.  This one is obviously very different than the last one I watched.  In that one, Batman worked with Scooby-Doo and Shaggy.  In this one, he's battling a Serial Killer who cuts up Women that he calls 'whores.'  Yeah, this is an R-Rated one.  On the plus side, nobody is melted by magic shit (literal, not figurative) like the last one I saw (Justice League Dark).   This one works quite well for a number of reasons.  First- the look.  The 1989 Graphic Novel was drawn by Mike Mignola (of Hellboy fame) and they really nail it.  This isn't the first time that they've matched the look of the Film to the Artist's, but this one just worked extra well for me.  On top of that, the Steampunk Setting is a nice change of pace from normal Gotham.  It sure is brown, but I can live with it.  Second- the Acting.  Bruce Greenwood plays a great Batman, having done so previously in Under the Red Hood and Young Justice.  He has a good balance between older, serious voice and super-gravely one.  He'll never replace Kevin Conroy, but he's the right guy for this Film.  Everyone else is also quite good, from Jennifer Carpenter to regulars like John DiMaggio and Grey DeLisle.  There's no weak link here.  If you like a stylized, continuity-free Batman Film that is a bit darker, check this one out.  You won't get two more different Films featuring the same Character so close together again, so enjoy it.  Finally, the return of blimps to Batman! 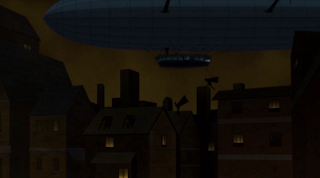 Batman and Steampunk is a great combination.  This is the first Elseworlds Tale and it is nice to see it given a highlight.
Posted by Alec Pridgen at 11:50 PM