After a fairly-brief absence, my favorite mini-addiction returns!  This Show is hard to pin down, since so far it has been 2 different 6 Episode Mini-Series'.  Plus, it is way shorter and way less hyped than American Horror Story, so I can like it without seeming like part of the crowd.  I'm much more insufferable this way.  In any event, after a tale of evil children controlled by magic television and a tale of a haunted house that dimension warps, we have a new Story.  This one involves little killers, urban decay, magic staircases, wealth gap observation and a freaky creature.  Will it turn into something disappointing Phantasm V or something good like Phantasm II?  To find out, read on... 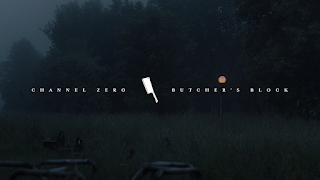 In the Cold Open, an unseen man tells a young woman about a couple that went into the Park.  They separate when she starts watching a strange little man and he runs into a different one.

Bonus points for using the Cannibal Holocaust Theme over the opening bit! 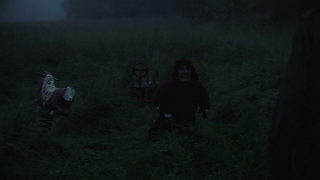 In the Story proper, we meet our Lead.  She's moved away from some family issues (with her messed up Sister) and is working in the Butcher's Block area. 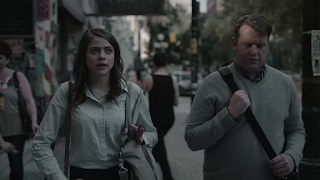 The Town- probably an analog for Detroit- was built around Meat-Packing Plants until the family disappeared in the 1950s.  Urban decay followed...and some other scary stuff too. 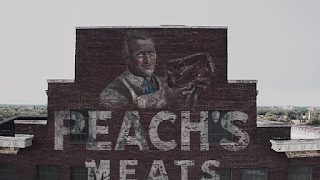 The woman- with her new Boss- go check out a House with a strange kid and...crap, is this The Boy now?

I'd say SPOILERS, but that Film sucked, so you're welcome. 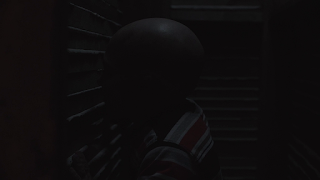 Living in a new City full of weird people and a cryptic past is all well and good until a phantom stairway appears.

What else can happen in this City?  To see, watch the Show! 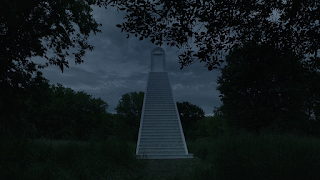 The Show continues to feel fresh and I'm happy to see it.  Being a Show about weird stuff happening in normal places is a tricky thing to balance.  How long can you keep doing it before it becomes mundane and expected?  Well, we aren't there yet!  This new location feels very real, the people feel grounded and the situation, well, is crazy as hell.  Missing millionaires.  Park with freaky killers.  Mutant man on the stairs.  In many ways, the Show manages to walk the awkward line of reminding you of famous Horror Films like Don't Look Now or Phantasm without feeling like you should just be watching them.  Like with Candle Cove or The No-End House, it is never just one thing.  It wasn't just killer children, but also magic television, a freaky mutant and family body horror.  It wasn't just a magical mystery house, but also doppelgangers, cannibals and family drama.  This one promises a lot of interesting stuff like the mystery of the staircase, the story of the little killer(s?) and the inevitably-weird reveal of what happened to the Peach Family.  We also know from previous Seasons/Series' that nobody is truly that safe and just about anything can happen.  My only complaint: this not-so-convincing fake photograph. 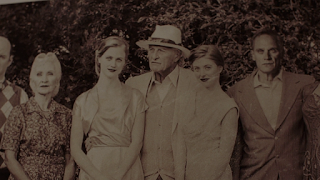 Next time, more freaky stuff going on in the Town.  What secrets will be unearthed?  See you then...
Posted by Alec Pridgen at 11:47 AM