Well, since it is February, I might as well talk about this thing.  Long long ago, I bought a Drive-In Movies Set from Best Buy.  To this day, I've only barely scratched the surface of its content.  It contains Action Films, Slasher Films, Suspense Films, Horror Films and even a Film about the Mormon Trail!  Hidden amongst all of those is a Film with a great Title- Voodoo Black Exorcist.  Somehow I've never watched it until yesterday.  The Film was actually made in Spain, but messed with in all sorts of ways for this American Release.  It includes some hilarious dubbing- the high point being a serious, Spanish Man given a Capote-style Accent-, cutting and a Print that appears to have been left in the dankest of all Cellars for the last 40 years.  To be fair, the Film is only called that here and is actually titled Bloody Voodoo.  Weird aside: this was called La Vengeance du Zombie in France, but comes on the same Disc as Vengeance of the Zombies (which itself is also Spanish)!  The Plot is, well, The Mummy.  They just changed the location and set it mostly on a Cruise Ship.  To find out just how bad this weird thing is, read on... 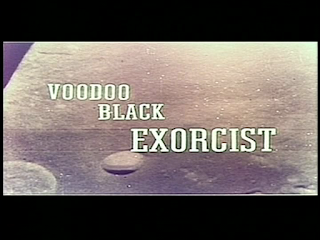 In the Cold Open, a man and a woman get romantic until her husband shows up.  The two men fight and the latter somehow falls on a spear at an impossible angle. 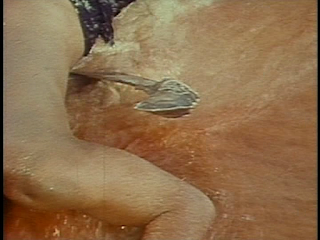 The survivor is killed and tossed in a sarcophagus, while the women is also killed.

Oh yeah, I should mention: this 1973 Film uses Blackface to achieve the 'reincarnated lovers' bit. 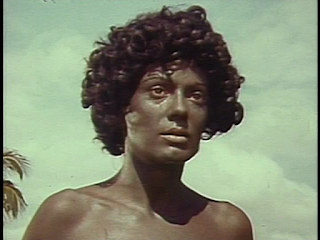 An obnoxious narrator- probably not in the Spanish Version- says that 1,000 years has gone by since then, which is shown by footage of Space Shuttles and Rockets.  Yes, NASA B-Roll in a Spanish Zombie/Mummy Film!

Our Lead's sarcophagus is found on an island and brought onto a Cruise Ship...as you do. 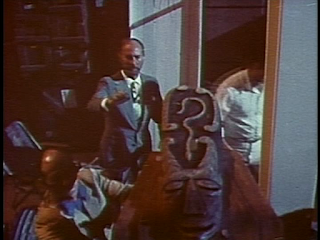 As fate would have it, they hire a 'local' to do a 'native' dance on board.  This just happens to be a magic combo of Music and dance that can revive the dead.

Say what you will about Evil Dead, but it could have been sillier than the Tape Recorder! 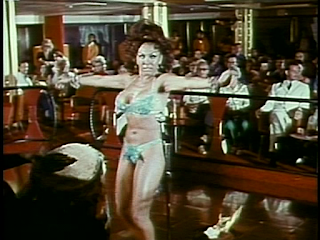 So now he's back (and tinted less black) and he alternates between normal form and left out in the sun too long form.  So yeah, he's Karloff...on a Cruise Ship. 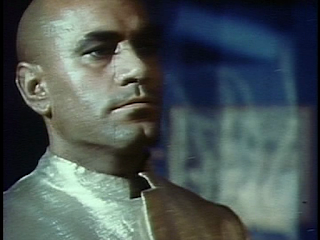 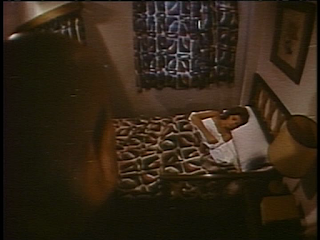 The Mummy goes on a killing spree or two between hiding out in human form.  While the bad Paper Mache heads for decapitations are bad, this takes the cake.  Say 'Hi' to the Cameraman and, I'm guessing, the Director! 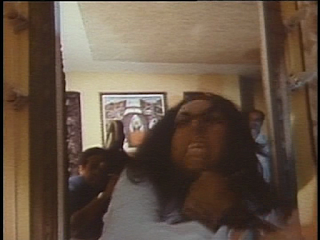 Skipping ahead, they get to an Island where the Mummy plans to restore the woman's memories.  One potential victim there proves to be too much when he wields...a fire hose.

In other words, just imagine the bit with the Cat from the Brendan Fraser Mummy...but in the 3rd Act of the Film! 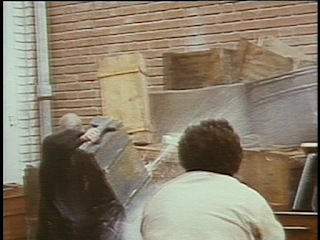 It all leads to a climax in an admittedly-nice Cavern where the Secondary Lead goes for the most obvious route- roasting the Mummy (and the woman in his arms!) alive!  Now you're just ripping off Brainiac!  The End. 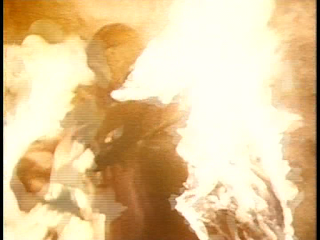 Pure, silly trash.  This is a ridiculous knock-off of The Mummy.  The only thing they added was lots of random boobs, bad Characters (at least in the Dubbing), Blackface and an overuse of the term 'Primitives.'  I don't know how much of this I can blame on the people behind the original Film, as it was changed quite a bit by the time I saw it.  That said, they did put a Spanish Man and Woman in Blackface for the Plot.  Is there a reason why this had to start in Nigeria, thus 'necessitating' the decision?  No.  It could have easily just been a Pacific Island where the natural shading of their Actors would have matched.  So that was just pointlessly-Racist.  Is there a selling point for this Film?  It is stupid and ridiculous.  If you can get past some elements, it could be enjoyable for a Bad Movie Night or some laughs to you in private.  I will mention this: they replay nearly the entire Dance & Murder Ritual about six times in the Film.  After the initial one, they replay it seemingly at-random when they show the Mummy walking around.  I hope that ugly red filter pleases you... 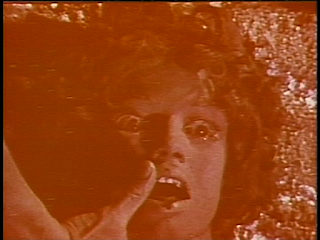 Next time, a look at a Film that is so weird for its Casting.  It also connects to this Year's Oscar Race, so why not do it now?  Stay tuned...
Posted by Alec Pridgen at 12:12 PM