After Green Arrow, The Flash, The Atom, Black Canary, Firestorm, Killer Frost, Supergirl, Hawkman, Hawkgirl, Kid Flash and even Rip Hunter, the CW finally went 'Okay, it is your turn, bro.'  Black Lightning debuted a few weeks ago, I decided to start watching/covering it in some form now.  Seems logical, no?  The Character comes and goes in the Comics, sometimes only showing up for Event Comics and other times being part of the Justice League.  He's also most notable for being the guy that Hanna-Barbera replaced with Black Vulcan, since it's Creator- Tony Isabella- owned a stake in the Character and they'd have to pay him too.  Ouch.  With so many Superhero Shows/Films, will this one stand out?  Let's check out the Pilot and see...

Jefferson Pierce is a High School Principal and all about making a great future for his City. 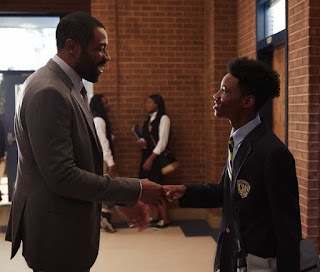 While divorced, he has joint custody of his two Daughters and all is great.  Right? 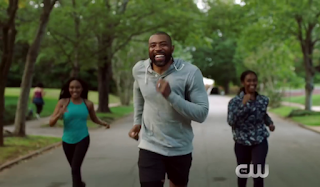 Well, there are two things to know...

1) The City is in the midst of a crime spree by a gang called The 100 (not this one).
2) Pierce used to be Black Lightning, until he retired 9 years ago. 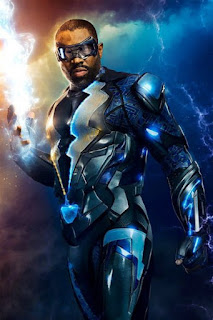 After a pyrrhic return to action, he sees his friend and costume/gadget maker.  Yea, James Remar is not playing a Villain (maybe?). 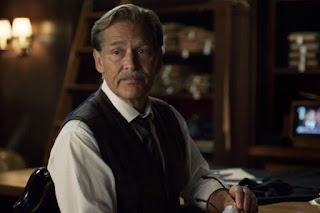 A big moment brings Pierce back into action as Black Lightning (now with new duds).  Will it be the start of a good thing or the beginning of the end for him?

To find out, start watching the Show. 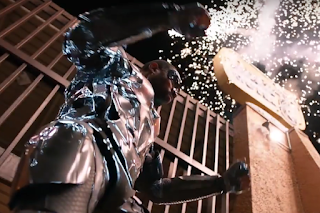 I liked it- not shocking at all.  Even at its most banal- like the iffy Episodes of Legends of Tomorrow- I generally like the CW Shows.  I can't always keep track of all of them- I'm mostly sticking with The Flash right now-, but I do still like them.  This is no exception.  It was a big decision to have this NOT be set in the 'Arrowverse.'  Does it pay off?  I could go either way.  On one hand, it helps the Show feel like it is trying to do its own thing.  It doesn't feel like it needs to have the Connect The Shows thing- like how every CSI Show did- to make you interested.  On the other hand, it is set so far away that I don't see why it had to be separate.  Supergirl had to stay separate (in Universes, that is), since Superman and her both exist.  How does Superman not just show up Damien Darkh or a City in the midst of a super-drug-fueled riot?  This one could easily be connected, but also be its own thing.  Maybe name-drop the Arrow as being another example of why Vigilantes are bad.  It doesn't help or hurt the Show much to be separate or connected, all in all.  The Story is strong, the Acting is good and the limited use of big Special F/X was good.  I have no real complaints so far.  Now, whatever you do, try to blend in...

A really strong start for a Series.  Can it take the place of Luke Cage in our hearts?
Posted by Alec Pridgen at 12:10 PM

Email ThisBlogThis!Share to TwitterShare to FacebookShare to Pinterest
Labels: pilot