Triple B Flix: The Dallas Connection

On the plus side, I can check another Director off of the Seen All of Their Movies List.  To be fair, it helps when they only have a few- like Anthony Perkins or William Peter Blatty- but it still counts.  This time, it is Christian Drew Sidaris, who, at least according to IMDB, hasn't made a Film since this 1994 one.  This is The Dallas Connection, another Sidaris Film in look, feel and tastelessness.  What it doesn't have- continuity.  We get the same two Male Leads from Enemy Gold, but they have a new Boss, a new Partner and work for an Agency that has not ever even been mentioned before.  Even going off of the idea that the LETHAL Ladies Series is over, this doesn't even match the last Film.  This is kind of like how Children of the Damned is not a Sequel, but rather a slight twist on the same Story just told again.  Who else could connect Village of the Damned to an Andy Sidaris Film?!?  To be fair to this Film, the Plot is not 100% the same.  Oh no- it's much sillier.  When people try to launch a Satellite that will target all weapons on Earth to speed up de-escalation.  Naturally, this involves 4 Discs and 4 Scientists to activate on a single day that is apparently viable.  All of the usual crap is here, so let's just dig in... 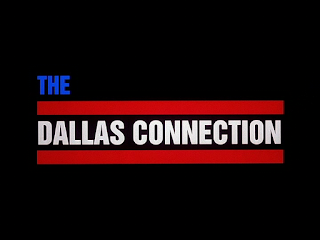 To get the Film to 90 minutes, we get 3 Segments that involve the killing of 3 Scientists.  Yea. 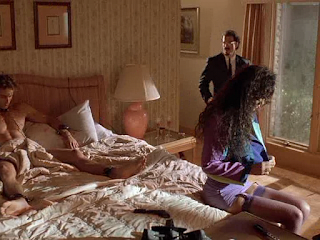 This Film is just barely 90 minutes- more like 80 minutes without the T&A Filler- so naturally around 1/3 of it is JUST these 3 extended 'Scientists Get Killed' Scenes.

Oh and you get one spot of Sidaris Film Bingo for Car Explosion and one for Remote Control Explosive Toy Used in Explosion. 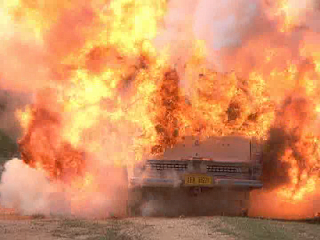 We finally get to the main Plot as our Heroes are called in by I/WAR.  They have a Satellite set to launch and need 4 Chips there to launch them.  Since they are being targeted, they naturally...give them to the Agents to carry around all the time. 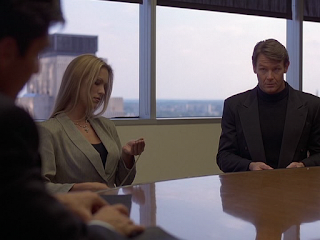 The lone surviving Scientist- Rodrigo, of course.  He only ever missed one of these Films and, yeah, he's clearly the Villain here.

Just think: A Good Day to Die Hard 'stole' from THIS Film. 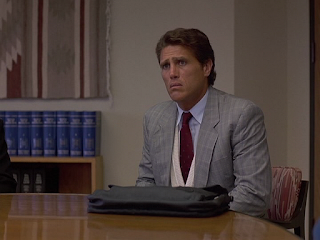 Working for totally-not-Rodrigo are Julie Strain (already typecast in Sidaris Films), some guy, a Foreign Blond and a Brunette.  They all have codenames like Black Widow, which they use as both Assassins and Strippers.

Is it really that hard to come up with TWO fake names for yourself? 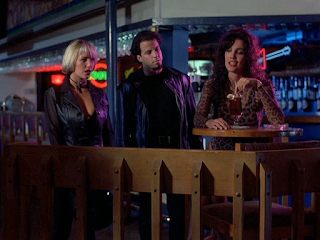 The group actually does quite well at not only taking the chips- by just seducing our Leads-, but also easily breaking into I/WAR Headquarters and killing two Agents to get another chip.

This guy here is making a joke about them not having enough tape.  Get it- this guy is big! 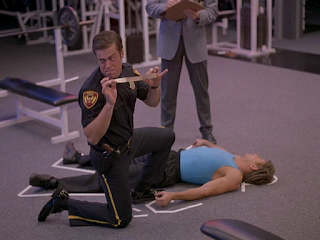 The Villains kidnap the Female Agent (who is just there to get topless) and- shock- the villain is actually Rodrigo!

Double-shock- the blond is actually undercover.  They show how she didn't really kill her target...but she then explains it again in even greater detail later.  Thank God- you almost didn't hit 90 minutes! 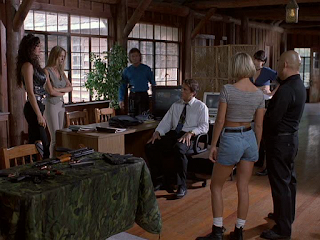 The Heroes arrive and lots of explosions occur.  Julie Strain is blown up again and the day is saved. 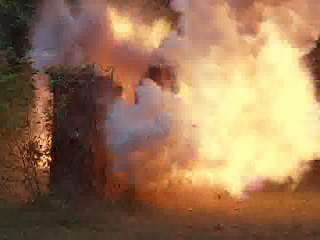 In the awkward wrap-up, they also try to redeem the other henchwoman by explaining that the guy she killed was actually planning to work with Rodrigo (which he didn't know), so her killing him worked out. 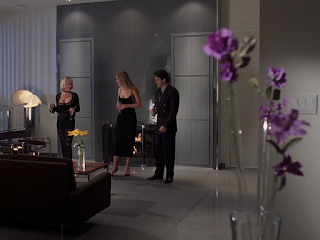 More of the stupid, stupid same.  They changed the Plot a bit.  They changed the name of the Agency.  That's about it.  Same City.  Same Sets (they set the Finale at the Cabin from the last Film).  A lot of the same Cast.  Same Director as last time (for the last time).  Explosions, boobs and more explosions- they're all still here.  I realize that they didn't have the money to do something crazy like go in Space, but they really didn't try here.  I guess I shouldn't either.  It is dumb.  It can be fun to watch for pure silliness' sake.  It is just hard for me to muster that much interest at this point in the Series.  Oh well- here's an Andy Sidaris Cameo. 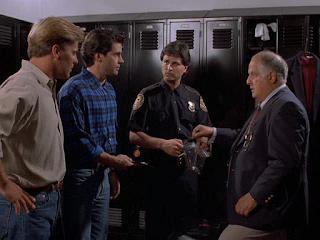