As we're now in limbo waiting for the second half of Crisis on Infinite Earths, let's go back to the Earth X Crossover.  They cut together a web show about The Ray into a Film, so here we go... 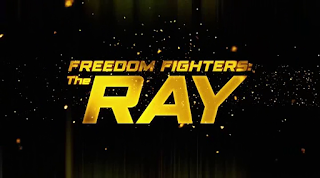 On Earth X, the Nazis are in charge and a group of titular fighters try to save, well, freedom.

Things don't go well in their last battle.  Speaking of which... 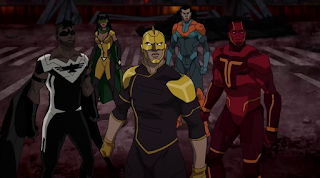 Our Hero- the Ray (non-hero name) of Earth 1 is a Civil Servant without a job.  He also can't come out to his parents.

FYI the User Reviews for this Show on IMDB are like 70% complaining about this being 'gay propaganda.'  Skip it. 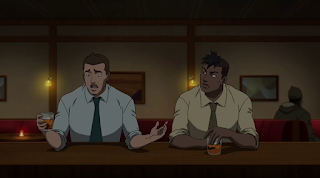 Earth X's The Ray ends up on Earth 1 and his energy dissipates into Earth 1 Ray, giving him his powers at the cost of his life.  He also tells him to destroy a MacGuffin before the Earth X Nazis find it. 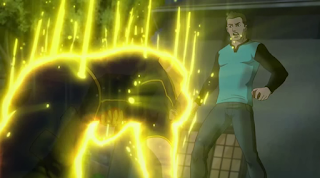 Said Nazis are evil versions of Supergirl (aka Overgirl), The Flash (aka Blitzkrieg) and Green Arrow (aka Black Arrow).

Weird bit- only Melissa Benoist is voicing her own Character.  She's also the only one NOT playing the good version (since hers is on Earth 38). 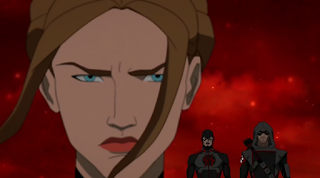 The Ray tries to deal with his personal issues and new powers.  He ends up meeting the Earth 1 gang, which means that we get more of modern-day Vixen (who's absent from the Live-Action Shows).

I feel like this is a Plot Hole (since they don't seem to know him in the Crossover), but I could be wrong. 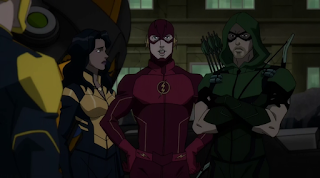 Can Earth 1's The Ray save Earth X as their new hero?  Will this properly set up the big event?

To find out, watch the condensed version here or stream the Show on CW's App. 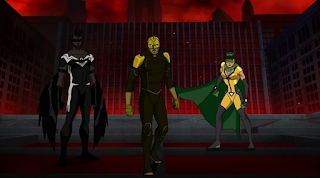 A solid, by-the-numbers affair.  This isn't going to make or break you on these things.  DC Animation is always good, even when they are just rehashing recent Stories/Events.  They never *not* deliver.  In this case, the Action is nice, the Show/Film has style and it has a good arc to it.  The big payoffs don't always have to be over-the-top.  Sometimes, just like life, the resolution can be simple and effective.  Ray going from a heroic man on a mission (not Mabel) to one who has the powers to actually be a real hero is nice.  The bit with him and the other CW Heroes is a bit shoehorned in, but I have no real complaints about it.  They got some nice character bits in and the set piece is something that they can't really do on TV.  It is an otherwise context-less Scene, but I'll take it.  Again- remember that this was a Web Show, so this was probably just the big Episode to sell it.  Is this Film full of 'gay propaganda' like the User Reviews say?  I mean, the lead character is gay and it is part of his story.  Other than that, I'd just say that people really need to look up what the word 'propaganda' is before they use it next time.  The 'Film' delivers on what it promises.  If you see it with the Crossover, it works.  If you see it alone, it also works.  Speaking of work, I love how nobody ever actually writes in the Articles here (since they figure nobody but me will pause to check).  I mean, it's all gibberish... 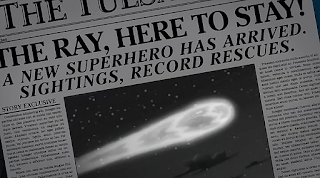 A good 'Film' that doesn't break the mold, but still delivers.  They get to do stuff the CW couldn't afford in Live-Action, so enjoy it for that if nothing else.
Posted by Alec Pridgen at 1:10 PM