My Crazy Youth: The Time That Carmen Sandiego Celebrated Christmas!

Apparently 99% of Cartoon Shows have a Christmas Episode.  If you doubt my Math, consider that this Show has one! 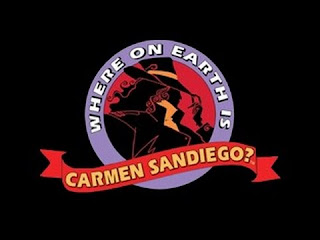 If you aren't from my Generation, here's some info you need to know...

Where in the World is Carmen Sandiego? was a PC Game designed to teach kids Art, History and the like.  They tracked down a famous thief who targeted every random landmark/object you could think of. 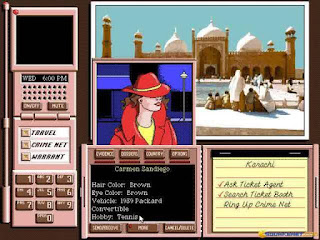 So this became a Cartoon Show (which I barely remember) about a Spy Agency (of all Teens) trying to catch the Thief.

As part of that, they would address 'The Player' and we would see a kid playing the PC Game.  Carmen would interact with them, making the 4th Wall more of a suggestion than anything! 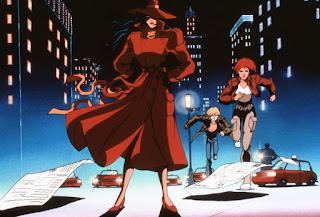 That's the basic premise.  Since we're here and you (hopefully) can read, we're going to discuss the Christmas Episode 'Seems Like Old Times.' 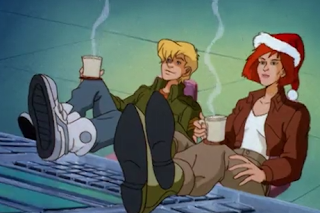 Carmen fails at a robbery, but reveals that it was a trick to steal 'The Chief,' who is an A.I. Program.
Carmen used to be part of the Spy Agency and she wants to work with him on good terms to feel like, well, you know.

Thankfully, the theft of his memory makes him forget the past however many years and do just that.

Our heroes then feed clues to Carmen to set traps...which she goes to willingly.  It's a weird dynamic.

Throughout, you learn that Italian Kids replaced Santa with a Witch and other random facts.

She manages to steal the Rockefeller Center Christmas Tree...but that was a trap.
She escapes said trap, however, and the Agents see gifts for them, so...it was a double-trap?!? 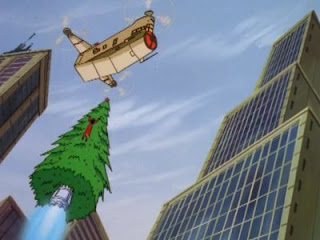 A weird, but interesting one.  The whole idea is just odd.  Carmen fakes failing a robbery to kidnap the Chief A.I. to...work with it?  She wants to relive old times on Christmas- sure.  The whole dynamic feels odd here, perhaps intentionally so.  The Authorities are sending clues to a Robber telling them what to try and steal.  She knows that they'll be there and still does it anyhow.  It all wraps up neatly, unless you think about it.  Sure- Carmen Sandiego probably has multiple lairs.  Even so, there must be TONS of evidence in this one, right?  Plus, a bunch of her henchmen are now in custody and are sure to 'squeal' on her.  How does she go on like nothing happened?  There are still 9 more Episodes of this Show!  Why would she plan this elaborate plan turned trick turned double-trick just to...give dolls of herself to the Agents?  It all makes so little sense.  That said, it is kind of fun.  Just embrace the insanity.  For instance,  this is mostly an excuse to info dump a bunch of strange History facts about Christmas.  The one about a Witch giving gifts to Children in Italy is, naturally, my favorite.  Is this the Sequel to The VVitch that we've been hoping for?  The whole run of this Show is on Tubi (my free go-to for alot of stuff these days), so check it out.  Now I just wonder if the Revival Series has a Christmas Episode... 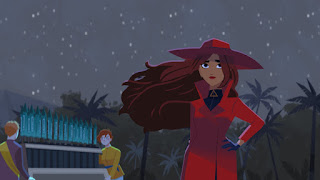 A strange, but informative Episode.  Making a Holiday Episode about people chasing a master thief- who'd have thunk it?!?
Posted by Alec Pridgen at 2:48 PM