After the last Predator Film was divisive (to say the least) and the whole Fox/Disney deal went down, we finally got this Prequel.

Was it worth all of the drama? 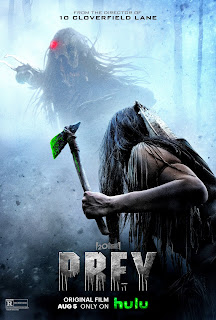 Back in the early days of America, a young Comanche Woman seeks acceptance as a Hunter.
Yep, even in a Native American/Indigenous People Tribe, there's a Glass Ceiling (before there was even really glass!). 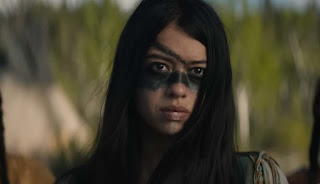 She tries to hunt with her Brother, but he's getting all of the attention/fame.
She's also aware of the arrival of something- which the Audience knows to be the Predator- but nobody will believe her. 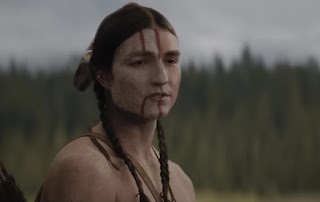 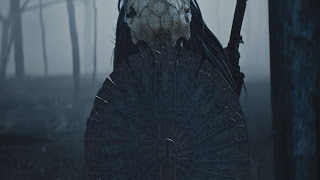 Can our Heroine rise to the occasion and defeat the Creature?
Can she prove herself to be 'a threat?'
Will you need to watch this in the Comanche Dub?
To find out, stream the Film now. 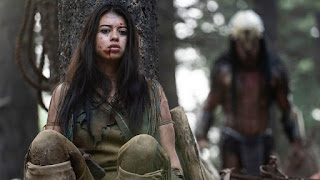 A fun, exciting Film that freshens things up quite a bit.  To be fair, I've always liked the Predator Films.  I don't think that they necessarily made a *bad* one yet.  Yes, there are certainly different quality levels though.
This one- as a Prequel- can do things with a nice, blank slate.  Yes, it will reference stuff from the previous Films- that's just what modern Sequels/Prequels do- but its not beholden to the previous Films.  Setting it in a Forest is a nice spin on previous Films, which used Jungles and Cities generally, as well.
Plenty of (CGI) Animals are in the mix too.  That Dog- which is not CGI- is a real standout.  If this was a non-streaming release, we'd get to see the Making Of to learn how they trained it.  Did they have to teach a new Dog to take Comanche Language Commands?  Did they find one used by actually Comanche People that just happened to train Dogs like that?  I need to know!
The Film gives its Lead- who's a real standout- a nice Arc.  She's not written so strongly that there's no challenge, nor is she written so weak that it seems like she shouldn't be able to win.  It's not always easy to write that balance.
Prey is a solid, entertaining Film that makes the Predator look badass, which is what we always like.  Now we just need him to fight Wolverine already.  He's already got the claws...well, on one side... 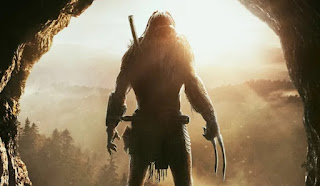 Action Fans will really enjoy this one, as fresh Actors and Locations liven this up.  Just don't watch it if you're a big fan of French Fur Trappers though.