This is El Mariachi, the debut of Robert Rodriguez.  He made the Film for $600, but it took the remaining amount to get the Film processed and ready for Cannes.  He made it big there and got 100 times the Budget for the next Film.

What is this Film though?  A poor Mariachi moves into Town looking for work.  He gets caught up in a War between a Drug Czar and a rival.  What's the poor guy to do?

Is this as memorable as his later work or just an historical document?  To find out, read on... 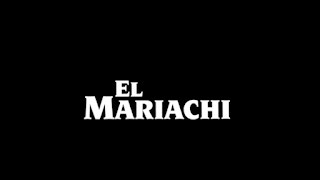 In the Cold Open, a Drug Czar sends his men in to kill Azul- below- who is running a Drug Running Operation out of Prison.
It doesn't end well for him and the man comes for revenge. 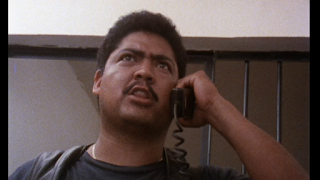 A Mariachi comes into a small Town looking for work.
Confusingly, he narrates at the Beginning and the End, but not in-between.  Weird. 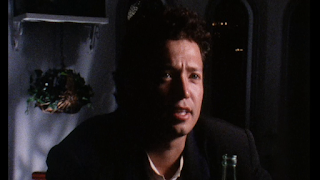 Azul comes to the same Town with a guitar case full of guns- well, okay, one gun- and takes out some of the Czar's men.
They go after a 'Mariachi' (since only the Czar has seen Azul's face).
Of course, if the bad guy just gave them a description of his enemy, there'd be no Film.  Oh well. 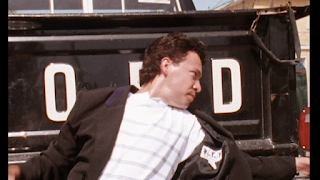 I'm not sure that the few Scenes of our Hero having random death-premonition dreams really add anything to the Film, but they sure do make it feel quite '90s.
Also bedhead. 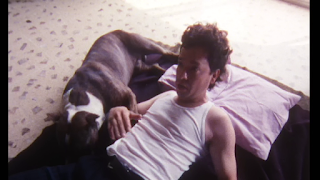 In a curious twist, the 2 'Mariachis' cross paths incidentally and get their cases swapped.
This actually ends up saving Azul.  How bizarre, how bizarre. 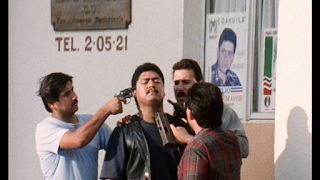 Eventually, in that same bit, our Hero is captured by the Lead Henchman and taken to the Czar.
The guy quickly identifies him as 'Not him' and that's it.
Of course, the Actor was only pretending to speak Spanish (reading his lines from Cue Cards), so that might explain the error. 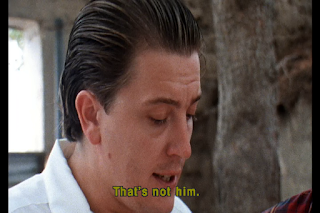 It all comes to a head when Azul uses Domino- the woman who was sheltering our Hero- to get at the Czar.
He turns on her, since she's in love with said Mariachi, and shoots her dead.
Azul was not prepared for, well, anything and is killed too. 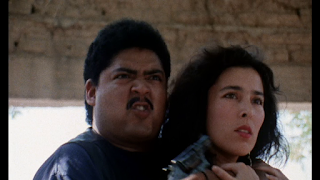 Our Hero shows up too late and gets maimed by the Czar when he's shot in the hand.
He's too much of a braggart to see him draw Azul's gun with the other hand and he's shot dead.
As you can see, he does not enjoy this. 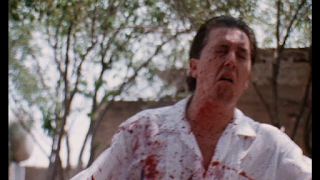 In the aftermath, he returns to narrate, going full Renegade riding off into the Sunset.
So does this set up Desperado?  I guess I'll find out.
The End. 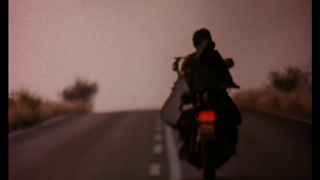 A solid and inspired low-Budget Film.  El Mariachi doesn't exactly break the mold too much here, to be fair.  We get an unlikely Hero thrust into action.  That said, he doesn't seem too bad at it when it is thrust upon him, so there's not much of an Arc to that (other than him feeling bad the first time).  He's not quite reluctant (or incompetent) enough, I guess.
The idea of the Film is quite good, overall.  Our Hero seems flustered by the whole thing and has to 'roll with the punches' realistically.  The Czar is good in his limited role since, as noted, the Actor just read his lines phonetically.  You honestly can't tell really, so kudos.
This is, as noted, a very Low-Budget Film and uses alot of non-Actors (at least seasoned ones).  That said, it's not bad in that regard.  The natural/real performances mostly all work here.
That said, the same Budget restricts how the Action is shot and some of it gets repetitive.  It's also much more focused on the Characters, for obvious reasons.  Just expect different stuff from the $7,000 Film shot in a real Town than the one he made for $7,000,000.  What's one thing that no amount of money can replace?  That glorious mustache. 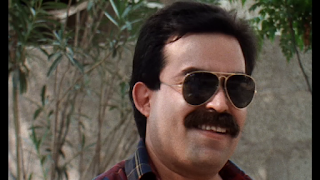 As noted, I might as well rewatch Desperado for the first time, in, like 20 years.  After all, it is one the other side of the Disc.  Stay tuned...
Posted by Alec Pridgen at 11:50 PM