Rare Flix: The 3 Worlds of Gulliver

No Jack Black here.  This is The 3 Worlds of Gulliver, a 1960 Film based on the famous Story.  The Film is most notable for the man behind its Special Effects- Ray Harryhausen.  I got the Ray Harryhausen Box Set for my Birthday and this is the only one I hadn't seen before.  I've got to cover it now before I'm 'stuck' doing Horror Films all Month in a few days.  This is both a loose and accurate adaptation of the Story.  The parts that it covers are mostly-accurate- it just also doesn't cover everything.  The Title, right off the bat, is a bit of an issue.  If you are familiar with the Jonathan Swift Story, you know that there are many Islands in it- seven in total.  So did they whittle the Story down to the 3 Islands they found most interesting?  Nope- just two.  So how does the Title make sense?  Well, his home of England counts as the 3rd World.  Boo!  Kerwin Matthews is here and he brought a booming Soundtrack right out of a Hitchcock Film (with Bernard Hermann) with him.  Is this better than the TV Movie with Ted Danson or the most recent version?  To find out, read on... 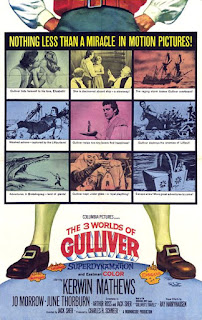 Dr. Gulliver and his wife-to-be are making ends meet in 1699 England, but he wants more.  She just wants him around. 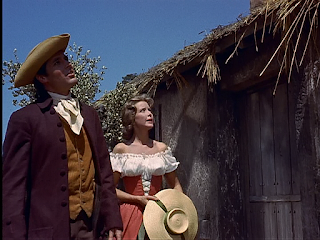 Against her wishes, he signs up for a Sea Voyage...but she stows away.  They both go overboard. 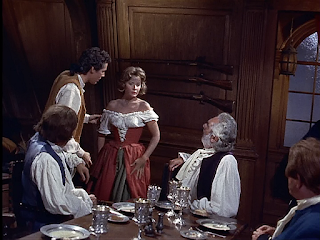 Separated from his love, Gulliver washes up on an Island...and he's now a giant.  Who hasn't been there? 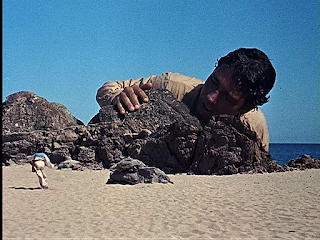 He impresses the Emperor...by blowing the clouds away.  They feed him and he helps them in return. 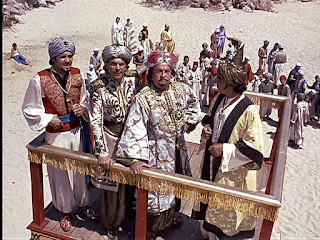 He helps them defeat a rival nation's Navy by himself and stops a war.  The cause of the war- the Nations crack eggs open from different ends.

This satire sure is subtle! 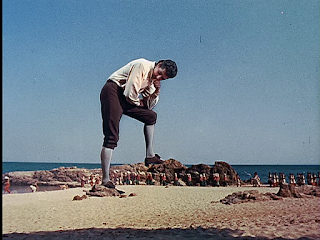 The Emperor begins to get jealous and things reach a boiling point when he drenches the King in saliva while putting out a fire.

Fun Fact: he does it via urination in the Book.  This was done in the 2010 Version and people said that the Film was being juvenile.  Read a Book, America! 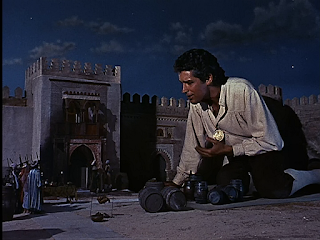 He flees in his boat and ends up on a new Island.  Shockingly, the situation is reversed.

That's basically all of the Book in a nutshell.  One Island and then an opposite one. 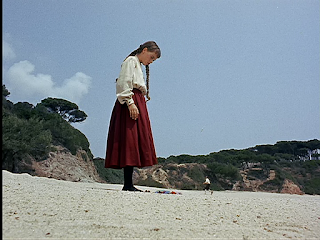 He meets up with his lady, who was apparently on this Island already.  They are treated like fancy toys.

In the Book, he also goes to a flying island, meets extremely-old people and talking horses. 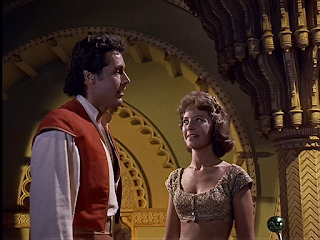 The giants prove to be just as bad as the little people.  They think that Gulliver is a Witch (or Warlock) and make him fight a crocodile (thanks, Ray). 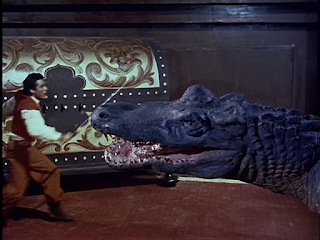 The pair wash up back in England and live happily ever after...in this Film.

In the Book, he can't reconcile life and society after meeting the talking horses.  He dies alone.  The End. 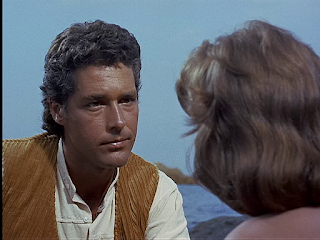 A fun, frivolous adventure.  The Film is kind of an interesting place as far as what Market it is going for.  It is fun, simple and bloodless, making you think that they are marketing towards kids.  It also deals with Themes like tolerance of Science, societies that refuse to advance and whether or not you should change for love.  It also features a giant (relatively-so) squirrel.  So the Film is, most likely, a solid all-ages Film.  The '60s look and feel of the Film is nice and fun.  The Technicolor is all sorts of crazy here, showing you how much things have changed technology-wise.  The Super Dynamotion effects (regular Dynamotion is so 1959!) are fun and have aged fairly-well.  For every one shot that looks pretty bad, there are two that are good.  The Film changes a lot on the back-end of the Story, so don't watch this for your Book Report.  It is often-overlooked as part of the Ray Harryhausen Library and that's a shame.  Watch all of the Classics and add this to the list- as silly as it is... 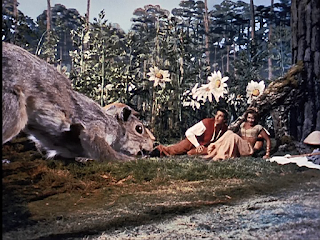 Next time, an infamous Film with people that were usually great.  The play is the thing, I guess.  Stay tuned...
Posted by Alec Pridgen at 11:55 PM