I figured I should probably review a Movie again, so I went way back for this one.  This is Chamber of Horrors, a 1966 Film more famous for its gimmick than its content.  Like a William Castle Film, this had a hook for its theatrical release.  This one, however, actually still works on DVD.  Well...I mean, it didn't *actually* work then, but you get the idea.  Unlike Castle's gimmicked seats, 'voting' or talking to the Theater, this one is as functional at home.  The gimmick- the Film warns you before the four 'Fright Points' with a flashing red light and alarm.  Have fun with your seizures!  Seriously though, this is a silly gimmick- even for 1966.  The actual Film's Plot involves a crazed killer, his attempt at revenge and unusual Detectives.  Can't find the killer you're looking for- just ask the people at the Wax Museum for help!  That's how they caught The BTK Killer (don't look it up).  The Story takes a turn halfway through to spice things up to boot.  Is the Film good?  Should it be remembered more?  To find out, read on... 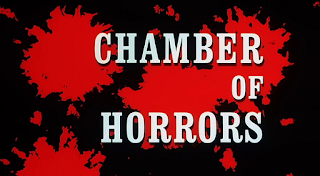 The Film- narrated by 'The Fatman' of Jake & The Fatman- tells us how the Fear Flasher works.  It's silly and, well, silly. 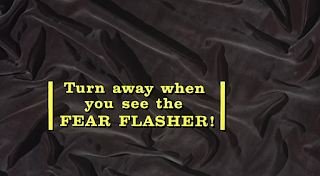 A man- Jason- kills his girlfriend (off-camera) and forces a Judge to marry them.  Seems legit. 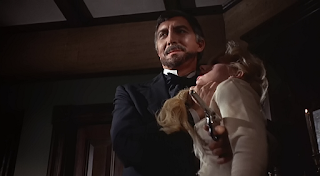 The man escapes at this point and the Police are desperate enough to get the folks at the Wax Museum to help.  After all, they put together figures that committed crimes, so they're...good at catching them? 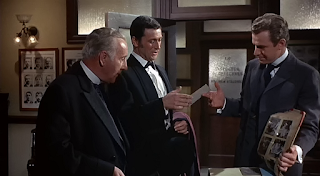 Well, apparently, they are.  We then see them rush through the Trial and Sentencing for the killer in stylish fashion via montage. 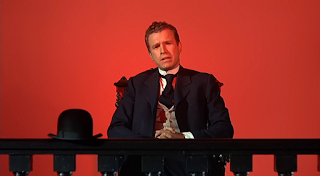 He escapes after chopping off his hand to avoid drowning in the River.  In a bit that I'm not sure is clever or insulting, the first Fear Flasher is a fake-out (since he doesn't chop his hand off yet).

He reappears in New Orleans (san beard) and goes to a Chinese Man (played by a Caucasian) to get some replacements for his appendage (including a hook and cleaver). 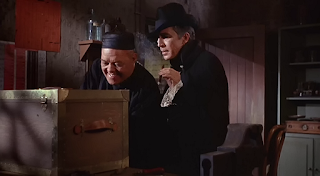 He meets a 'lady of the night' and takes her back with him, hiding his murderous desires.  Instead, he uses her to bait some traps for his revenge. 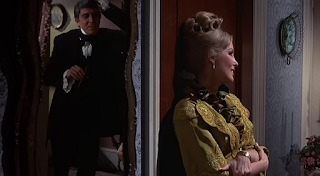 I just want to point out how annoying the red flashing light is for the Fear Flasher.

Also, this Film has almost no blood or contact, choosing to imply violence instead.  Why the Flasher then? 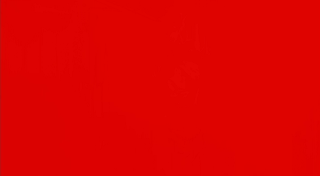 Inspiring Pieces, he plans to kill his targets and make a 'body' out of the parts he wants (like the Arms of the Law, etc.).

During his final attempt (to catch our Hero), they fight and he ends up being impaled on the cleaver of his own wax dummy.  Why is that sharp?!? 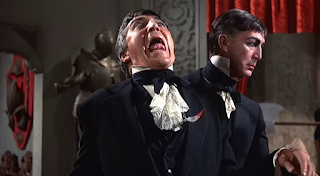 That's not where the Film ends though. Instead, we see a later Tour end and a body be discovered.

Is this Sequel Bait or 'Next Time on Chamber of Horrors?'  You decide.  The End. 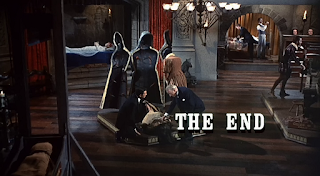 Silly fun, save for the gimmick.  Conceptually- the gimmick is interesting.  It works kind of like Castle's trick for 13 Ghosts- where looking through only the Blue 3-D Filter will hide the ghosts and the Red will amplify the effect.  In this case though, it just kind of annoys everyone with the siren effect and doesn't actually cover up anything.  For every Flasher, there is no blood and nothing really happens- save for the last one.  One guy is shot- by a gun hidden inside a fake hand- but that's it.  I also have to ask how a derringer inside of a fiberglass hand would even fire!  As noted before, the first time is also a fake-out.  He raises the axe, it flashes and then he hits the chain.  Further making things silly, he somehow manages to chop his hand off with an axe- to cut off weighted wheel- whilst underwater.  Did Mythbusters ever test that one?  I also like how the famous killer can walk around freely, just by shaving.  Yes, they do think that he is dead due to the hand, but...come on.  There's also a pointless Tony Curtis Cameo to mention.  The story gimmick involving the unlikely Detectives is fun, if a bit silly.  You also have to make peace with how much this Film borrows from stuff like Mystery at the Wax Museum and others too.  All in all though, it's a silly, but memorable Film that is sadly hampered (for me) by its gimmick.  It does feature the world's most peaceful cat though.  That thing doesn't move an inch! 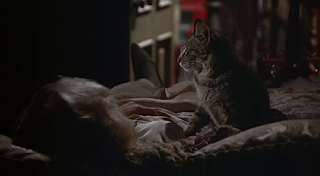 Next time, another Film that I've been putting off for ages.  I might as well cover some non-Horror before October.  Stay tuned...
Posted by Alec Pridgen at 2:49 PM