It's part one of a double-bill by the Director, so keep an eye out.

First up, we have Avi Nesher's '90s opus that said 'What if Single White Female was just ridiculous?'  This is... 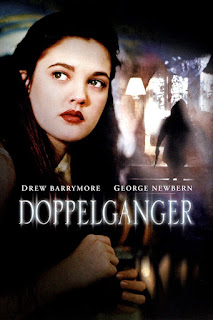 A young woman- Drew Barrymore- shows up and kills a woman who was talking loudly about 'getting rid of her' behind the door.
She kills her. 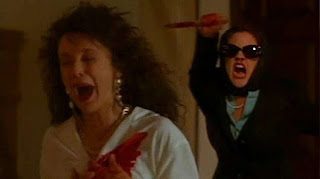 You won't be...and then you will be again. 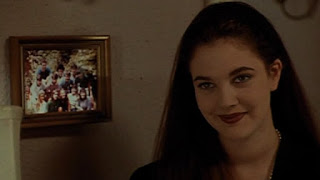 She moves in with a young man- future Superman Voice Actor George Newbern- who's a slightly-failing Screenwriter.  He's 'Patrick Highsmith,' which is Nesher's play on Patricia Highsmith, a successful Author.
For his next few Films, he'd Credit himself as this same name.
Not Avi Nesher here learns more and more about Barrymore's family life, like the fact that her brother may have killed her Dad or that the Police think that she killed her Mom (like we saw). 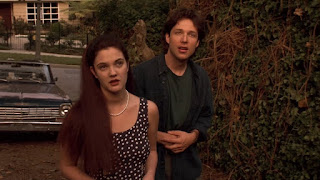 Since I couldn't find the shot on Google, I figured I'd have to include it.
Barrymore is harrassed by some Construction Workers and she kicks one in the balls for it.
That man- Danny Trejo. 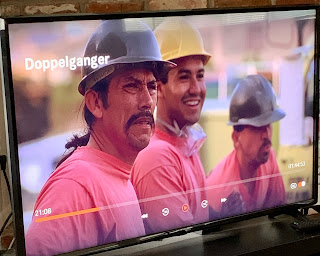 Strange things start to happen around Barrymore...
A dark and mysterious double keeps appearing.
People are getting killed (strangely not Trejo).
She tells him that she has a Doppelganger, but nobody believes her.
When he tells his friend/Writing Partner, she doesn't either. 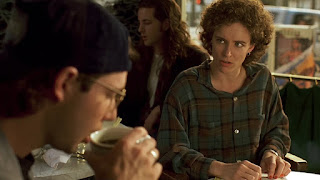 It seems like her- or her Doppelganger- tried to kill her Brother (who's between her and inheriting the whole Estate).  Her Doctor- that guy from It and Fade to Black- says that she needs help.
What's the truth?
It is honestly too bonkers for me to SPOIL, so just see for yourself. 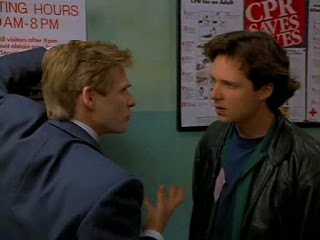 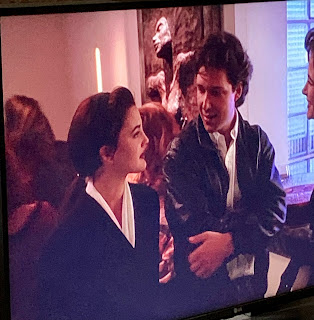