That said, if you don't have 18 Grandkids, Nieces, Nephews or Neighbors filling up your Living Room, you might as well enjoy some good stuff.

As such, here are a few choice offerings that are currently on Tubi… 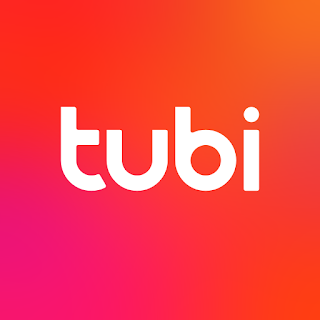 This 1981 Thriller has a strong pedigree- coming from Dan O'Bannon- and rides the fine line between being famous Cult Film and obscure gem.
No SPOILERS.

Do I need to even tell you how good this is?

This atmospheric gem still holds up after 40 years (give or take) and features a bizarre, but compelling Plot.

A series of Flash-animated adaptations of Creepypastas (Google it), the Show is full of short, sweet bites.
Some are genuinely scary, while many are just plain weird fun.

One last bit of fun with crazy Peter Jackson before he went all 'serious' on us.

This Horror Comedy has good effects, a strong Plot and is *technically* a Horror Film starring Michael J. Fox.

A Film about killer kids is always a winner- especially when it is a Comedy.

This one has, well, what I just told you.  It also features Elijah Wood and Rainn Wilson.

6. Masters of Horror (The Series)

I mean, who pays for Showtime these days?

This Series of nearly-feature-length Films come to us from many great Directors like Joe Dante, Tobe Hooper, John Carpenter, Dario Argento and John Landis, among others.

It doesn't get enough love these days.

A little trash is always fun.

This B-Movie had lofty ambitions...but was also too cheap to hire Ray Harryhausen.
As such, a cheap, Mexican puppet stood in for a good monster.

I have a soft spot for this under-budgeted Show.

Dick Durock and company do their best to fill weird stories with gravitas on the Universal Studios Backlot.

There are some legit gems in amongst the silly and crazy.

An Indy gem that I won't pretend to dislike.

The premise feels unique, even if it can be traced back to similar Films over the years.
The feel of it is fresh and grounded.

That's just a small sampling, of course, from the random assembly of Films on there.

I didn't even cover stuff like Species, The Stuff, the Die Hard Films, Leprechaun or Wishmaster.

It's the anti-Hallmark Channel for many, so enjoy!