Another List on the 'You Need to See This Movie' one is checked off.  Let's do this before Netflix pumps out 2 more... 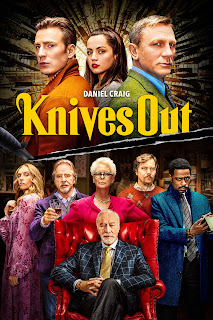 The patriarch of a family (Christopher Plummer) is dead.
Was it murder?
Suicide?
The Police and Benoit Blanc are on the case! 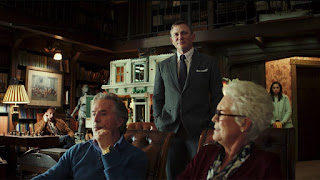 The family is full of people who act suspicious and have lots of motive.
Is it the angry one?  The upset one?  The subtly-angry one?

The will reading takes a turn that they don't like, leading to some more death.
Only one knife out so far though, for those keeping track. 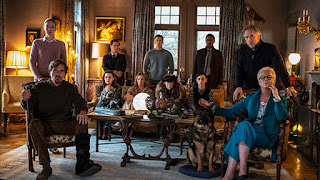 Can Mr. Blanc solve the case as more clues begin to appear and suspects get even more suspicious? 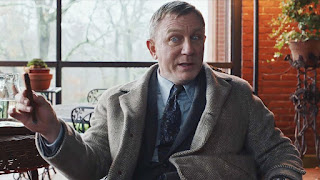 Will the killer be caught?  Who is it?
To find out, stream the Film. 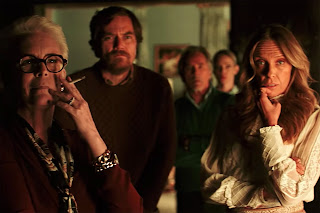 A fun ride with some good twists and turns.  Its one of those ones where I was pretty sure I had figured it out by the middle.  Even so, the execution of everything works.  A little line here is paid off, as is one at a different point.  It feels like one of those mysteries that you could watch again to spot all of the little clues throughout.  Many of these have a tendency to cheat by outright just not giving you a clue or two that you would need to solve the case.  Thankfully, they pretty much play fair here.  There's some that are omitted, but only partially and it is really just for a bit.  I have one critique here or there, but otherwise it is fine.  They give you enough likeable people to make it manageable with all of the bad.  One of them- a kid- is apparently Rian's 'response' to the so-called trolls who hated The Last Jedi.  While I was never a troll (I don't think) and I didn't hate it (it was disappointing though), this feels a bit petty, no?  I guess if you don't know it, the kid is just a jerk.  The Film is enjoyable and has lots of little details, even if one bit of casting doesn't hold up to Basic Math... 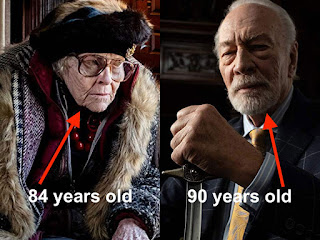 A good Film that plays like a classic Mystery, with a few tweaks here and there.  Keep Rian doing this and off of Star Wars now.