Lost in Translation Double-Feature: Mansion of the Doomed (1976)

After discussing the Film, I might as well look at some alternate Box Art.
One of the more common Alternate Titles is Massacre Mansion, which is quite a bit misleading.
For all that happens, like 2 people actually die in there.
Mansion of the Doomed is melodramatic, but not too far off.
Let's look at one from the UK, specifically a VHS Release... 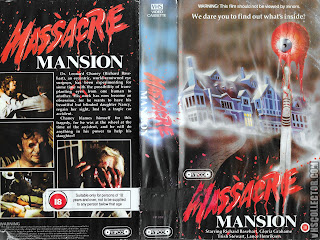 Credit for dramatic flourish and style.
I love that font too.
I should update my Resume with that one.
Here's another, which looks like a DVD one. 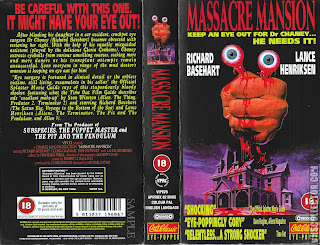 Eyes!
This is a nice and freaky promo art for the Film.
What kind of weirdo could resist this?
I think the 2nd one is the winner!
Posted by Alec Pridgen at 9:00 AM