It is fitting that a Film Series about Time Loops has one weird bit in the middle.  Is this really a rip-off or just deceptive Marketing?  Let's see... 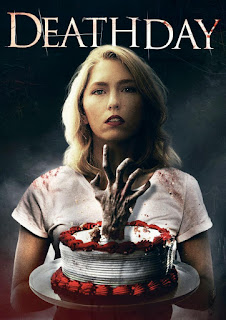 From the Director of (oh shit!) Monsters in the Woods comes a tale of...people unearthing evil in the Desert?  Are you sure this isn't leftover footage from American Mummy?

One of the survivors of the Desert incident ends up dying at home, drawing the return of his two Daughters.  One of them is targeted by the evil, since...um...reasons.

She is attacked by strange, masked people and dies!

She subsequently wakes up like nothing happened, although it's still night, so, you know, less effective.

This is all due to the evil trying to take her soul...one piece at a time.

Oy vey- this is boring!

I honestly tried watching it three times and nothing much happens in the first half, save for some old-school gore.

In lieu of finishing this (since who else is going to bother?), here's a look at some strange Casting.
One of the people you see early on is Scott Menville aka the Voice of Robin on Teen Titans/Go! 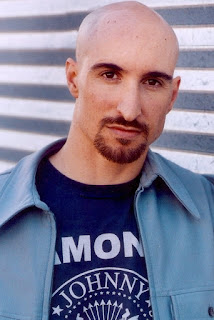 Oh and the Film is often marketed under its original- less interesting name- The Campus.

As intriguing as this Poster is, I can't get past the poor grammar in the Tag Line... 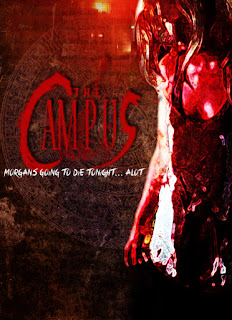 Incidentally, there's also a 2009 Short Film unrelated to either Film.

It involves you being given the date of your death aka your Deathday.  Should I bother? 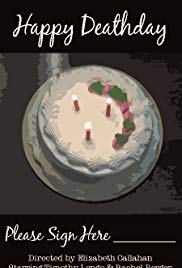 I mean, you can tell that I didn't care for it by now, right?  Deathday aka The Campus is a weird exercise in Horror.  It wants to be artistic.  It wants to be unique.  It also wants to throw lots of cheap gore at you.  It also wants to have a silly Plot that you can't take serious.  It also wants to have generic, uninspired guys in mask as killers.  Yes, it does escalate, but you have to get through ALOT to get there.  Is it worth it?  No.  The payoff is just not worth your time or energy in my opinion.  I was hoping to be pleasantly-surprised by this.  Alas, I was not.  No matter what Title you see this under, it's not that interesting.  Here's hoping that this 1968 Film is better... 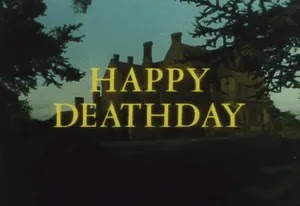 A pretty nothing First Act that just sets up lots of random killing.  If you like little Plot and lots of gore, congrats.
Posted by Alec Pridgen at 10:26 PM