In the wake of a renewed interest in the tragedy that was the Sharon Tate Murders- between good and bad Films about it-, I was reminded of this little tidbit.

The thing about the Murders is that people tend to focus on Tate- understandably so.

However, there were, sadly, other victims.

One of them- Jay Sebring.

He was a famous Stylist and former Partner of Tate.  He was attending the Party.

Here's where the less morbid part comes in as we flashback to 1966 on...Batman! 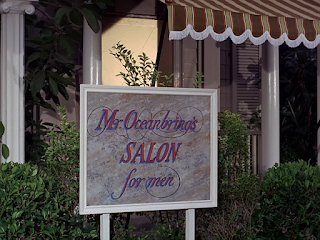 As this is the Climax, you get the typical fight- with a twist.

Mr. Oceanbring (not a criminal) spends the whole fight trying to stop them from knocking over his 'antiques.'  Now you know where Rush Hour got it from!

He has to save his vase, his statues and the like.
Naturally, he leans on and breaks the vase after they leave. 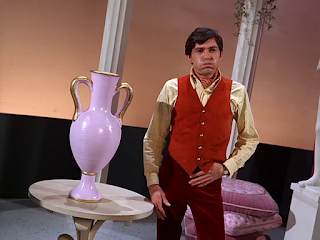 In case you didn't figure it out, *that* is Jay Sebring, in one of his few TV appearances.

I bet you didn't know that connection was there, right?
Posted by Alec Pridgen at 10:00 AM