This one didn't age well!  This is 1959's Cuban Rebel Girls aka Assault of the Rebel Girls.  This is part-real and part-fake.  It's confusing, but stay with me.  Back in these days, a famous Actor named Errol Flynn was having not so good days.  He had 'personal demons' and his Film Career was not doing so hot.  On top of that, he was hanging out with Barry Mahon and nothing good could come from that!  He became really interested in Politics and it mainly involved one place- Cuba.  He was a big supporter of a young upstart named Fidel Castro.  That scrappy Rebel was trying to overthrow a bad Dictator who had the support of America- Fulgencio Batista.  No, not the Wrestler.  As a show of his support, Flynn decided to get a Movie made about Castro's Army.  That led to the creation of this Film, the first big credit for Mahon.  This is the same Barry Mahon who would go on to direct the Thumbelina and Jack and the Beanstalk portions of Santa Claus & The Ice Cream Bunny.  Naturally, he got his start with a pseudo-Documentary about a Cuban uprising!  A mere 5 years later, he was making stuff like Nudist Camp Horror Films.  What a strange life this man led!  In THIS Film, Errol Flynn plays...himself...kind of.  Him and his *way too young* girlfriend end up in Cuba as the fighting seems to be winding down.  Will they help the revolution?  Is this just confusing to add a fake narrative to real-life events?  Will Che Guevara or Casto even appear in this?  To find out, read on... 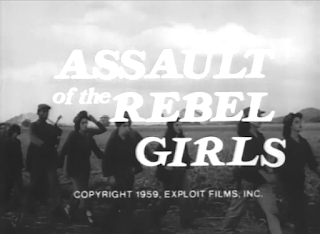 I just have to immortalize this moment in time.

To be fair, Flynn also died in 1959, so he never saw what happened AFTER Castro took power. 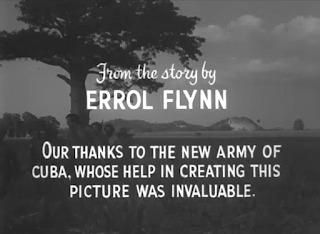 Flynn is here- as noted- playing a version of himself.  This version is apparently a War Reporter, which allows him to be our Narrator and barely show up.

Another note: Mahon became friends with Flynn when he became his Pilot.  Did he fly him in here? 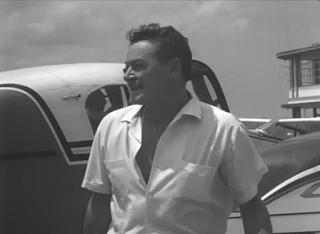 The main Plot involves Bevery Aadland- Flynn's 18-year old girlfriend- learning the story of Cuba and its Rebels, focusing on the titular girls.

Hear such fun stories as Cuban funneling guns out of Florida and realize that they are supposed to be the good guys here! 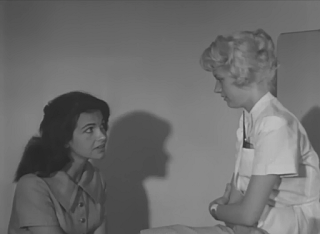 Batista and his men are very mean, torturing and killing people.  The man himself does also not appear, but is that a surprise? 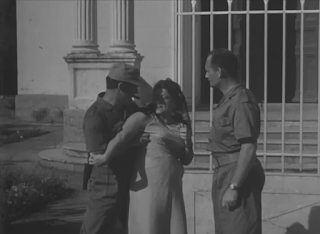 This Movie- which is just over an hour- feels very long as you watch Aadland awkwardly-act as a dumb blonde learning about The Revolution. 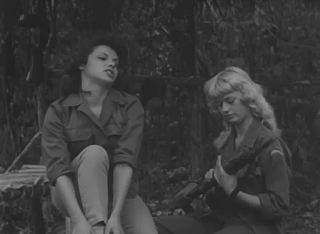 Even when they find a dead body, she does the least Acting.  So sad. 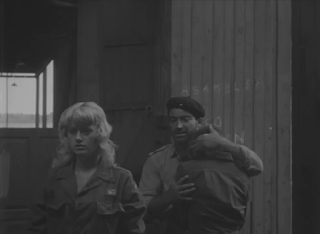 To make a not-so-long story short, all seems to be going right for the Revolution, except for Beverly's missing Rebel man.

Yes, despite the Title, this is mostly about a woman trying to be with a Cuban Rebel Boy. 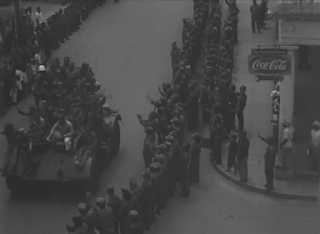 I was going to give the Film credit for leaving a dark bit in, but...he's alive.  Hurray? 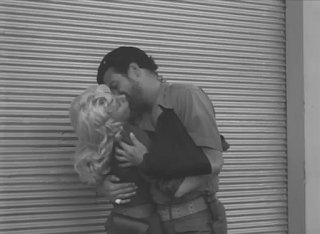 Afterwards, Flynn appears one last time (literally his last time!) to thanks the Rebels and say that he supports them- nay, we all do.

Again- he didn't live to see the Cuban Missile Crisis.  The End. 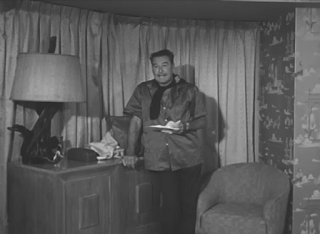 A weird and very dated Film.  The Film's conceit- that Flynn is a War Reporter covering the Events- is already a little weird.  Throw in his super-young girlfriend in their only Film appearances together (only like 2, to be fair) and you have more spice for this crazy gumbo.  Seeing her take the Lead here is...not good.  Like I said, she barely emotes and she's working from a Script that makes her act like a dumb blond.  Was that how she was IRL?  I don't know.  It would be a shame if her Boyfriend hand-picked her for a role and then gave her something so bad for no reason.  Yes, she is supposed to have an Arc.  She goes from 'I don't know the War' to 'I want to stay with the Rebels.'  The problem is that her turn is SOLELY based on the guy she likes and being around him.  If you know the history, this one is very awkward.  After all, Batista was the President (the first time) when Cuba joined the Allies in WWII.  Did you know that?!?  This one is slightly-less awkward than Rambo III's Plot of 'Let's fight for the Rebels in Afghanistan' given the Bin Laden connection to all of it.  I'm not going to *really* pick sides here, since, of course, why would you even care?  FYI there will be far less dark historical discussion in the next Post- honest!  If you don't know the history, Cuban Rebel Girls is alright, but pretty dull.  It is the Film that introduced the World to the man who would one day give us Fanny Hill Meets Lady Chatterly, so that's something. 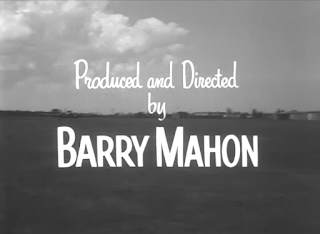 Next time, I segue from Oz to Politics and BACK to Oz.  Yes, Barry Mahon did an Oz Film, so I might as well cover that too!  Stay tuned...
Posted by Alec Pridgen at 11:08 AM