Murder is apparently not enough!

The Night Train Murders is a bleak Film.  Even so, it was deemed not bleak enough and now it needed to be about a Cult...but also a new version of a different Film.

It wants you to think of The Blind Dead...but also Last House on the Left.  Do those two mesh? 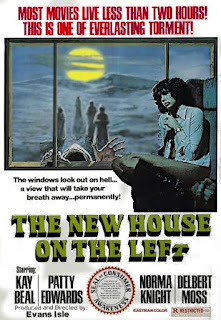 What a neat...if lying Poster.

The looming threat.  Those hands.  That face. 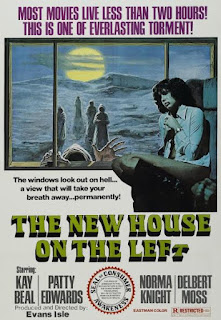 Other than basic touch-ups, I gave the Poster more depth by blurring and accentuating parts.  You're welcome, Poster.
Posted by Alec Pridgen at 9:00 AM