A Film that, apparently, someone demanded.  This is The Great Escape II: The Untold Story, a 1988 TV Mini-Series.  Why do we have this?  Well, let's go back to the classic Film.  It tells the tale of POWs escaping from an 'unescapable' Prison Camp in WWII.  It famously ends with the titular Escape.  Well, what happened next?  That's...a fair question, no?  Of course, to make this work, this has to be a Mini-Series that recaps some familiar moments from the Film.  I guess you could just go right from the end, but its not seamless, right?  As such, this first section is basically just a new version of The Great Escape with a little bit more at the end.  Since this is a Mini-Series, I'm doing it in two parts.  Notable Cast here is Christopher Reeve and future grizzled man Ian McShane.  Is this obscure Film (which finally appeared on Streaming recently) worth looking up after 30+ years?  To find out, read on... 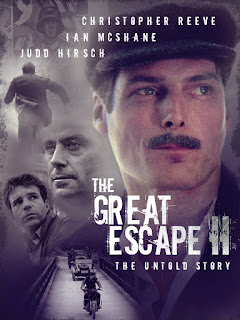 A man- Reeve- escapes a Prison, goes around a City, picks up some information and...then surrenders?
Weird. 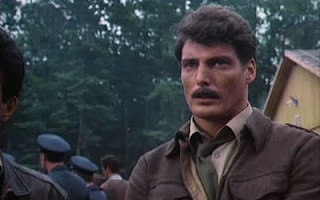 Later, a young Officer- future The Closer Star Tony Denison- is captured and proves to be useful to the other Prisoners as they plan their escape. Reeve takes his punishment well and helps plan a big escape.  I wish I could think of another adjective better than 'big' here, but it escapes me.  Great job, dummy! 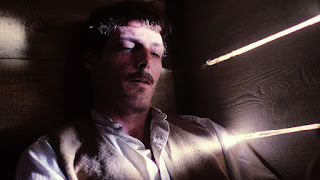 The gang makes big on their plans- after some hijinks, of course- and escape.
There's like 2 hours left in this one (between both Parts), so what happens next? The Escape doesn't exactly go well all around, with the majority being recaptured and killed.
Enough make it out, however, for Part 2. 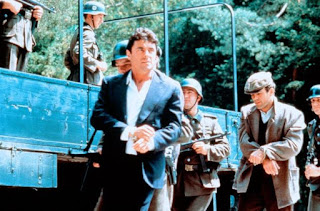 A decent addition that treads some pretty familiar territory.  On the plus side, the first Part tells a good Story.  On the negative side, it tells a story that we already know quite well.  The Great Escape is a pretty damn famous Movie, after all!  So did they improve things?  Not really.  Do they mess them up?  Not really.  Thankfully, the latter portion is new and 'untold' stuff.  As a fun reminder, part of this tale is based on the real exploits of Barry Mahon, the Director of Santa Claus & The Ice Cream Bunny, as well as Nudist Camp Horror Films and Errol Flynn's love-letter to Fidel Castro.  Reeve does a good job, as part of his sadly-unsuccessful attempt to be seen as anything other than 'the guy who played Superman.'  McShane shines in a fairly-small role, adding some nice gravitas.  Denison, for his part, is good too.  We also get Donald Pleasance as an evil SS Officer, which is notable since he was one of the Escapees in the original Film!  There's nothing bad here and it is a good, enjoyable time.  Even so, it doesn't feel wholly-unique, which is a problem when the Film you're like is an American Movie Classic.  Let's see how Part 2 goes... 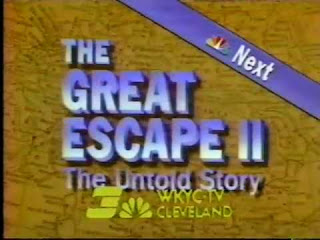 Next time, Part 2 brings us more of the Untold Story.  Will it add enough to make you care?  Stay tuned...