One of my unspoken Resolutions for 2021 is to check all sorts of Cult Classics off of my list.  This is Dark City, a 1998 Film that impressed Critics.  As far as Audiences go, the Film grossed its Budget and no more.  D'oh!  This is a Film with a very tumultuous journey getting to even the beginning of Production.  By all accounts, the Script was written by Alex Proyas (who also Directed)…the first time.  It was then rewritten by someone else.  Finally, the Budget was increased and it was rewritten AGAIN for, thankfully, the last time.  On top of that, there was apparently even a big fight over just the Title of the Film itself!  The short version- many Directors thought the alternate Titles were too similar to their own Films and blocked them.  Would you mix up Dark World with The Lost World: Jurassic Park?  Really?!?  The Plot is one that gets SPOILed pretty quickly, so there's not much to hide.  Essentially, a World is not what it seems and one man is woken up to this reality.  Can he wake everyone else up and save them?  Yes, there are overlaps between this and The Matrix (including shared staff).  Yes, they did reuse some props and Sets for that Film in Australia.  Should this Film sit in the shadow of that '90s Classic?  To find out, read on... 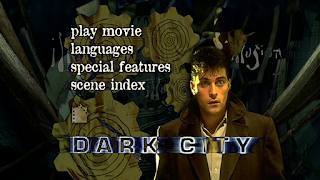 In the Theatrical and DVD Cuts, we get some Voiceover by Kiefer Sutherland where he straight up explains the Plot.
The Studio insisted and Proyas hated it.
The Director's Cut omits this- shocking. 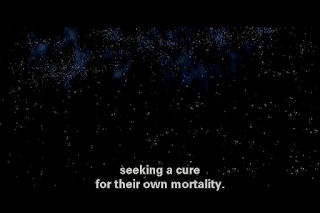 An amnesiac man wakes up in Dark City and can't figure out what is happening.
Somewhere else, his Wife- Jennifer Connelly- is a Lounge Singer, because cliché.
Of course, this is intentional, so am I really critiquing this? 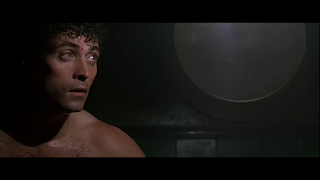 Kiefer Sutherland is a Psychiatrist who tells Connelly that he just wants to help him.
Gee- I wonder if I can trust him.
Oh right- the Intro Narration... 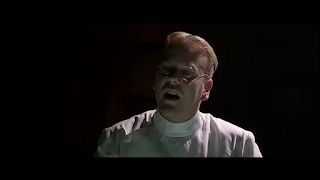 John Hurt is a Detective who wants our Hero for questioning about a murder.  To be fair, he did flee the scene.
As a bonus, his former comrade has gone crazy, talking about a conspiracy about the City. 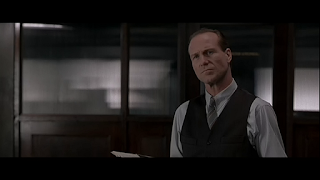 As the narration explained, the strange creatures control the City (which is a Colony in Space) and study the Humans inside.
They are The Strangers. 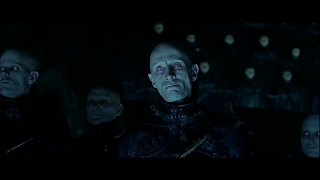 They have strange powers that allow them to put people to sleep and warp the City, changing its layout and making people not realize it.
I guess since it is vaguely 1950s in there, they have no Security Cameras to see stuff like this. 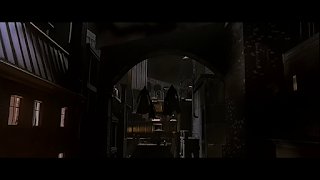 Our Hero- John Murdoch (named after a Missionary)- has resisted the Strangers' powers and gained them for himself.
Even when they inject his memories into one of their own, they are no match. 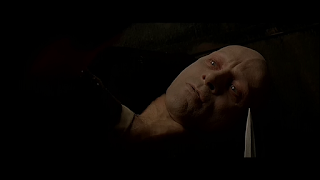 He ends up in their clutches eventually and is injected with something to erase his memory of this.
However, it was a trick by Sutherland- who's character is named a Judge who suffered severe psychosis- to empower him and talk to him through his memories of before he ended up in Dark City. 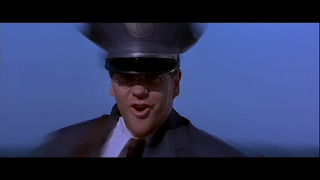 It all ends with him battling the lead Stranger in a duel that is reminiscent of what we'd get 5 years later in The Matrix Revolutions.
He takes over Dark City and turns it towards the Sun.
Did I mention that it was a Spaceship?  Well, it is.
I guess they have to rename the place now.  The End. 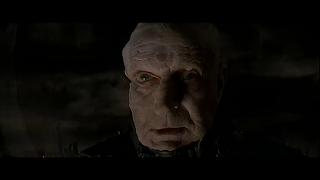 A hidden gem, at least for modern viewers.  This is honestly my first time watching this Film- shocking, I know.  I wasn't really interested in this kind of thing as a Teenager, at least until The Matrix came out and changed everything.  Teenaged-me probably wouldn't have gotten it anyhow.  The whole feel of the Film is pretty interesting.  It is supposed to be Noir, but also not realistic.  It is how the Aliens view people's ideas of what the World was like back then.  We also get a whole Plot Point involving people dreaming of a Beachside Area when they are trapped in an artificial environment.  Between this and The Truman Show, was that just a common thing in the '90s?  The Film has really great visuals and there are honestly only a few dated-looking VFX here.  Given that it is over 20 years old, that's pretty damn good!  The turn from Faux Noir to Sci-Fi is an interesting one and it works here.  The Strangers look neat here.  It is just too bad that Dustin Rhodes abandoned the Seven gimmick instantly- damn Network heads!  It is easy to see why the Film is a Cult Classic.  Just don't accidentally share Screen Caps like this, lest you encourage Celebrities who want you to think that the Earth is flat... 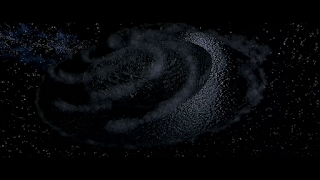 Next up, a Film from the Director of Killer Crocodile.  It is the knock-off of something that has since inspired a popular Show, so let's see how it is.  Stay tuned...