As I'm still in an X-Men mood, let's look at a more general comparison.

So this one is a less direct one.  Apocalypse appears in Season 1 for 2 Episodes and then pops up intermittently throughout the main run...until Season 4. 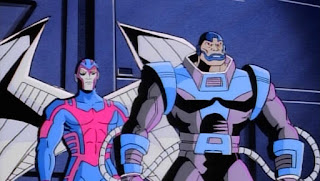 In contrast, Fox used Apocalypse as the Villain for the 3rd Film in the Revival Series (which is not quite a Reboot, but not quite a Sequel to the Original Trilogy). 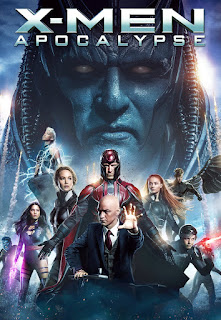 Which one did it best?
In the titular Film, the big blue guy is awakened, forms his 4 Horsemen and then tries to use everyone's nukes to destroy them.
Hey, remember when X-Men: First Class was all about Nuclear Weapons being unleashed?
Also...this guy isn't scary.  At all. 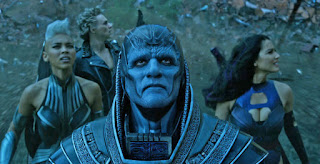 For comparison, we see the culmination of Apocalypse's big plans (and lots of dangling sub-plots and characters) in the 4-Part 'Beyond Good & Evil.'
There's alot to unpack here- and I did it here- but the gist of it is this...
He's kidnapping Psychics- including Jean Grey and random background Extras like Moondragon, Mesmero and Rachel Summers- as part of a plan to destroy Time itself.
It directly involves the X-Men, many villains like Mr. Sinister, Bishop and Cable.
It is weird! 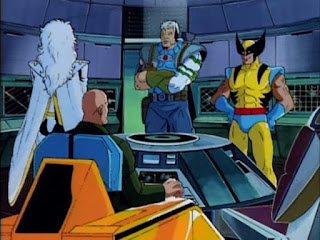 Weird overlaps- Magneto ends up working with Apocalypse and later betraying him (when his plan turns out to be bonkers) both times.
He's promised that his Wife can be revived...in both the Show and Film.
As a bonus, Mystique also plays a part in both, although she's with Magneto in the Show and against him in the Film.
Also also Psylocke is introduced and Archangel returns/is introduced in both versions. 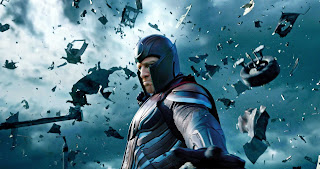 There's not much of a contest, is there?  The Show uses its Format to its advantage quite well.  Being deep in Season 4, they have LOTS to build upon.  For instance, Bishop is placed where he is in the Story due to him time-traveling back home *from a previous Episode.*  Yes, Time-Travel played a big role throughout the Series.  Hell, this isn't even the first one to involve Apocalypse!  By having a whole lot of build-up already done for them (by them, to be fair), they can tie the Plot to Scott & Jean's relationship, the Mr. Sinister Story Arc, Bishop's Plot, Cable's Plot, Archangel's Plot and more.  By doing so much work, they can make almost all of this pay off quite well.  In contrast, the Film did pretty much no build-up for Apocalypse here, only teasing him at the end of the last Film.  As we'll see later, you can build up Apocalypse well in subtle ways without making it all about him.  They didn't need to have him cast or anything- just build up the imminent threat for the 3rd Film.  Nope- none of that.  Speaking of wasted potential, Oscar Isaac as Apocalypse.  Is he scary?  No.  Does he look cool?  No.  Does he look like Ivan Ooze?  Yes.  He tries his best, but all of his dialog had to be done in post due to the noise that keeping his suit air-conditioned made- no joke!  On the Show, Apocalypse may look a little bit silly at times, but the late John Colicos gives a strong, vibrant performance.  He has to be one of the MVPs of this Show, no question!
In this case, the obvious choice is Cel.  Just don't creep, fellas. 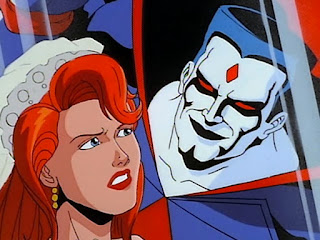 Next time, I want to give the 2016 Film a second chance.  In this case, I'll match it up with the big Apocalypse Story-Arc on the *next* X-Men Show...