New Streaming: The Falcon and the Winter Soldier- Episode 2

Well, I waited long enough not to SPOIL the big reveal. 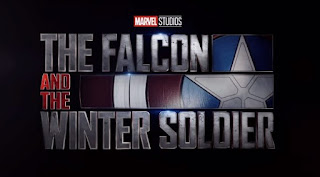 In the wake of Steve Roger's 'death,' a new Captain America- John Walker- is enlisted by the Military.

What's the worst that could happen? 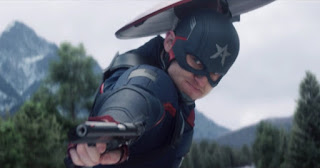 The Flagsmashers are going around stealing supplies and creating all sorts of mayhem.
They're probably just mad that their kid got his hand-print on their nice, new Payday Masks.  Those things aren't cheap, you know! 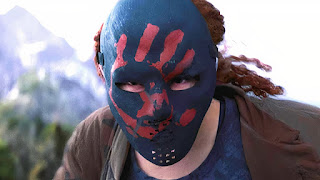 Can the new Captain America (along with Battlestar) join forces with Falcon and The Winter Soldier to save the day?
Seems unlikely. 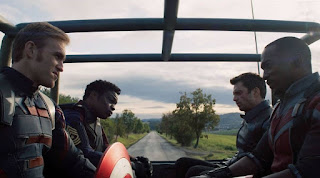 Hell, can our two Title Characters even get along well enough to work as simply a duo?
There's 6 more Episodes, so probably. 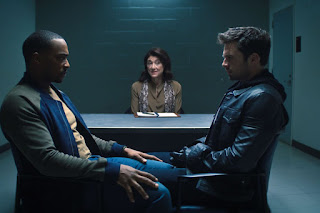 Will a face from America's past be enough to unite them (even if he isn't happy to see them)?
To find out, watch the Show. 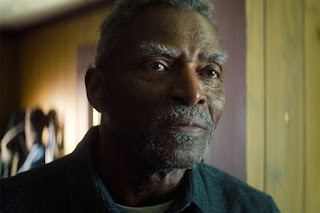 This is another strong Episode, no question about it.  We finally get more one-on-one time with our 2 Leads.  They work well off of each other here.  They deal with their tension.  They deal with their issues.  They are both friends and enemies- aren't we all?  Too deep?  The new Captain America idea is a big reach and it works.  It feels like something that would happen.  It is easy to see how something that would be policy.  Given the timing of how the Show had to work, this feels more like a Trump thing, but it could happen with lots of Presidents.  In Comics, we had Nixon betray Captain America (as part of the Secret Empire) and a similar thing with Reagan.  Meanwhile, Clinton worked with groups like Youngblood and WildCATS.  There's also that time that President Obama was a Barbarian (or something).  This version of John Walker is seeming to take a slow turn towards the more manic, hyper-aggressive version from the Comics.  He works and I'm curious to see how this plays out in the Show.  There's an issue about whether or not the Show trivializes people going through Therapy.  Bucky definitely needs it and should get it.  This is an Action Show about people getting Super Powers and not Homecoming.  Set your expectations appropriately.  As for me, I'm going to keep watching the Show as it goes down the road. 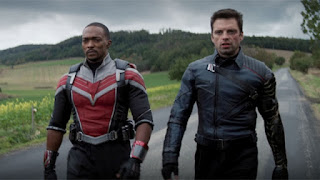 Next time, a 3rd Episode brings us new dangers and thrills.  Prepare to diagram every single frame, Marvel Fans online!