Greydon Clark is not the most famous of the 'Bad Movie Directors' out there.  He does hold a special place in the hearts of the Rifftrax Crew though, since they've done, well, a big chunk of his Filmography!

To begin, my most recent watch of the group and one they redid from MST3K.  If Joe Don can go for seconds, so can they? 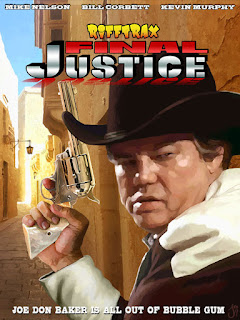 The Plot: A Texas Lawman is stuck in Malta with an Italian Criminal he was trying to bring in.  He battles indigestion- not a joke, but a real Plot Point- and the Mob as he tries to get, well, the Title.

Thoughts: A serious misfire for a number of reasons.  The Film tries to have it both ways.  It has Joe Don as an 'unlikely Action Hero' with faults, but then also has him try to look bad-ass.  It's like if you cast modern Seagal as John McClane- it doesn't work.  It also looks and feels very cheap.  It's silly in a mostly bad way (if watched without Rifftrax of MST3K).  It's not as interesting as they clearly thought.  It's just bad and dumb, although it does feature Greydon as a guy named 'Bob,' so I'm happy. 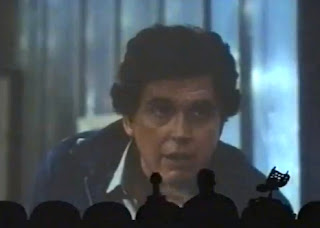 Next up, Clark goes Horror for a Film I actually covered as a normal Film.  Well, normal is not the right word for this... 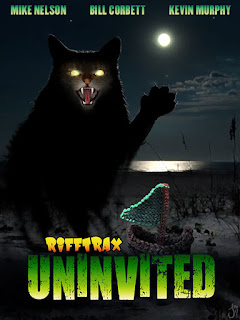 The Plot: A mutated monster hides out as a cat, but ends up on a bad guy's yacht with some random 'teens.'  The creature reveals itself in time, letting them try to fight for survival on the high seas!

Thoughts: A strange and silly Horror Film.  A cat-like monster hiding inside of a cat puppet-thing kills some evil Businessman and some 'teens' on a boat.  Who thinks of that?  Oh right- the guy who would write Satan's Sadists!  Seriously, what is this creature?  On the plus side, it is complete trash, completely-dated and features a sad George Kennedy.  The guy feels worse being in the Film than I feel watching it (unriffed- like I did).  It's a bizarre mess.  On the plus side, it features one of Greydon's kids in this Sequel Bait... 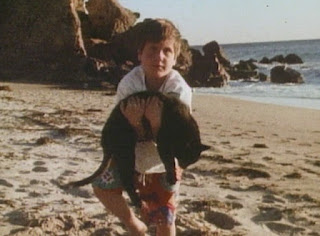 Now we get to the tail end of Clark's Film Career.  Can his second-to-last Film be his best? 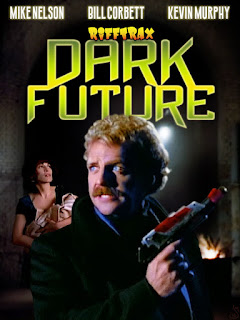 The Plot: Surviving Humans are forced to live in some sort of Train/Subway Station by Robot Overlords.  One guy discovers a baby is born and leads a revolution.  Children of Men this is not.

Thoughts: A weird mess of a Film.  An off-screen Robot Apocalypse apparently happened and leads to surviving Humans being forced to live in a Subway Station running Night Clubs.  So is this just reverse Westworld?  The Effects are cheap, the Plot is dumb and the Acting is...yeah, it's bad.  The whole thing then takes a weird turn that I still don't really (care to) understand.  It's just dumb.  On the plus side, it features the first Andy Sidaris Film Lead I saw- Cody from Malibu Express. 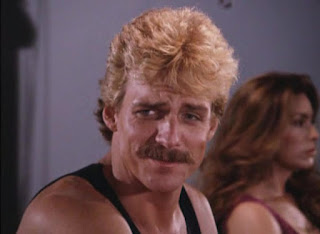 For the finale, we have the Film so bad that it gets name-dropped as 'shit' in the other Clark Riffs.  It's also his last Film, so enjoy... 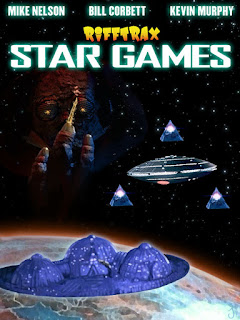 The Plot: A Space Prince (not to be confused with the Prince of Space) crash lands on Earth and befriends a kid.  Can they survive in the Wild AND escape the Alien threat now leveled at both of them?

Thoughts: Clark's magnum opus of insanity.  Why is this the most infamous Film of his?  Well, besides being his last, he also cast his two Sons as the Leads.  Casting Brothers as kids that aren't related- always a winning strategy!  The actual Plot is just plain nuts.  On top of that, he somehow roped Tony Curtis into this!  Most notably, it features a Compute A.I. that appears as...Pennywise? 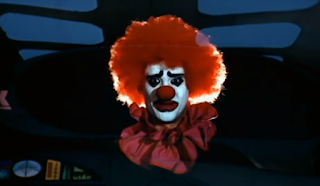 There you have it- Rifftrax's four Greydon Clark Films- so far.  Here's hoping for more, as this guy made cheap crap that we can all enjoy (ironically)!
Posted by Alec Pridgen at 7:00 AM